Security and Drones: A Force for Good

Senior Director of Cloud and Enterprise Solutions for G4S, Joe Young, explains why the increasing use of drones among consumers, organizations, governments and industries is an exciting opportunity to develop the security ecosystem. 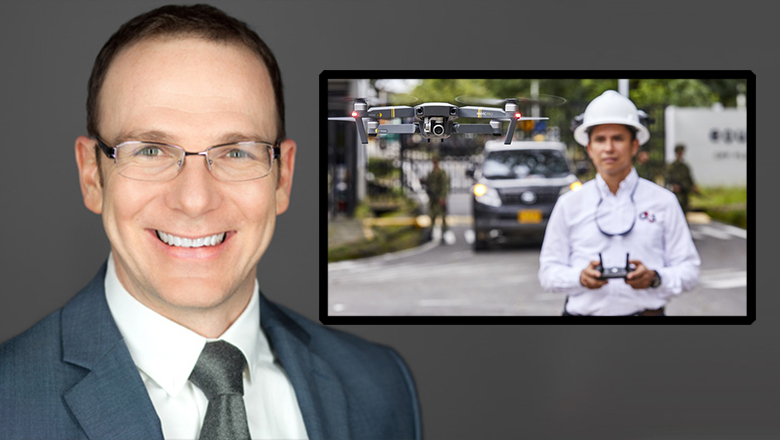 When people think about drones, it’s generally not in a positive light. But the technology that has long been viewed as a means to invade privacy, or threaten businesses, governments and industrial operations, actually has the potential to play a significant role in integrated security programs.

A force for good

But, despite the risk they pose, drone technology offers real possibilities to the security industry. Our customers – particularly in the mining and oil and gas industries have already expressed an interest in drone-assisted security programs.

The protection of remote assets, be it pipelines, wind farms or mines, is another area where drones can prove extremely useful. In remote areas where infrastructure is minimal, it’s challenging and cost-prohibitive to deploy cameras and post security officers on site 24/7. Drones are able to cover linear distances of four to five miles per mission over different terrains, reaching speeds of up to 60mph in just over four seconds – all while sending live video and data back to a security operations center.

Tethered drones, too, are inherently useful from a security standpoint. These drones can remain secured to a power source for as long as is required, staying airborne for days rather than the typical 30–40 minute flight time. But what is really interesting is the payloads that can be attached to the drones. A small cell source could provide a temporary signal for mobile phones when the network capacity within an area is overloaded – at a festival, for example. Or a radio tower could allow security and safety services, police or first responders to communicate during a natural disaster, when the mobile phone networks are down. Whatever the need, a network can be rapidly deployed.

In North America, G4S is working with organizations across the globe, and strategically selecting manufacturing partners, to integrate the best drone solutions possible. It may look like we’re taking our time with this technology, but it’s important to be diligent and smart when it comes to choosing a strategic partner – we don’t want to put anything out there that doesn’t completely integrate into our existing and future security ecosystem.

G4S is the world's leading global, integrated security company specializing in the delivery of security and related services to customers across six continents. The group is active in more than 100 countries, and is the largest employer quoted on the London Stock Exchange with over 585,000 employees and has a secondary stock exchange listing in Copenhagen. For more information on G4S, visit G4S.ca.