Do you know someone with their SIA Licence based in or around the Glasgow area? Refer them to join G4S Events this Summer and be entered into a draw to win £250 worth of vouchers!

Glasgow is one of 12 cities that will host UEFA EURO 2020 to commemorate the 60th anniversary of the UEFA European Championship. Hampden Park has been selected as the city’s host venue for 4 matches throughout June including Scotland v Czech Republic, Scotland v Croatia and one of the knockout matches in the Round of 16.

This is a great opportunity for those who want to enjoy flexibility in their work patterns, not only for the Euro's but we can offer work across rugby, football, music, line events and summer festivals across Glasgow and Edinburgh. See the full job spec here.

Got questions? E-mail us at eventsrecruitment@uk.g4s.com 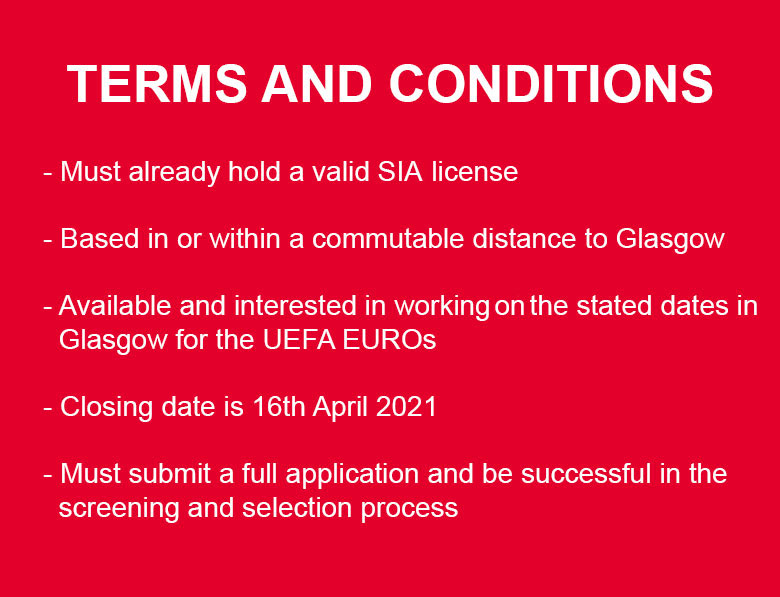 HOW YOU DO IT:

Send them the link to careers website to apply online.

Cross your fingers you’re the winner!
^