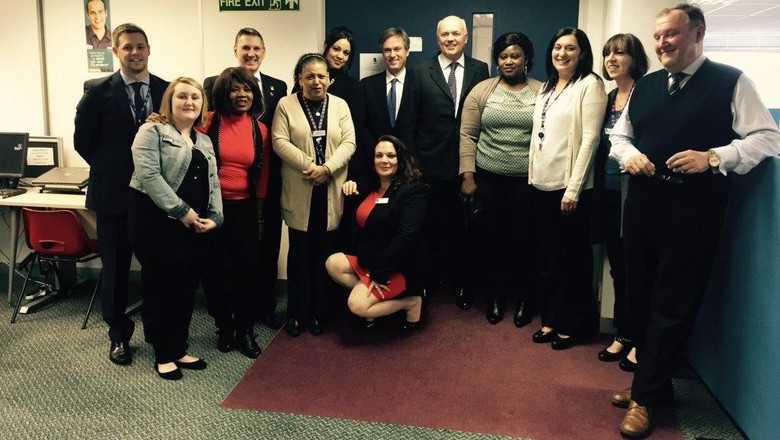 The contract, which G4S has operated since 2011 on behalf of the Department for Work and Pensions, supports long term unemployed people back into work.

G4S works with a network of 17 small and medium-sized businesses and charity organisations to deliver the contract which has supported over 45,000 individuals back into employment.

The Secretary of State visited alongside Henry Smith, the Member of Parliament for Crawley where Royal British Legion Industries, work with G4S to offer expert advice, support and training to those who have been out of work for over a year.

In the South-East contract area, which G4S is one of two providers for (along with North East Yorkshire and the Humber and Greater Manchester, Cheshire and Warrington), G4S is the top performing provider.

During the visit Iain and Henry met with people on the Work Programme who have received tailored support to help them back into employment. Jobseekers are trained to build a CV and prepare for interviews. Advisors also work with jobseekers to build their confidence as well as search for jobs and write successful applications.

“This Government has an excellent record in giving people extra, targeted support to get back into employment. I was pleased to welcome Secretary of State for Work & Pensions, Iain Duncan-Smith, to Crawley today visiting Royal British Legion Industries who do a brilliant job delivering the Work Programme in my constituency with G4S.”

“The Work Programme is the most cost effective employment support programme delivered on behalf of the Government.  We’ve supported tens of thousands of people back into work and organisations like Royal British Legion Industries are incredibly important in achieving that.  It was a pleasure to welcome Iain and Henry to see the partnership between G4S and RBLI in action.”