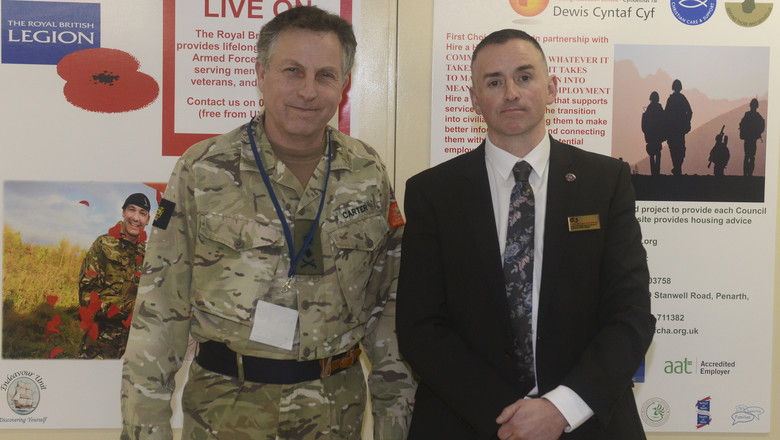 The Head of the British Army, Chief of the General Staff, General Sir Nick Carter, visited the UK’s first prison wing specifically for ex-service personnel this week so he could see for himself efforts to help them to get their lives back on track after falling into crime on leaving the forces.


The Endeavour Unit at HMP Parc in South Wales opened in January 2015 and houses former service personnel with prisoners sentenced to custody for the first time, with the intention of minimising exposure to a wider offending culture elsewhere within prisons and based on the British Army’s values including integrity, discipline and respect for others.

The unit provides a focus for specialist veteran support services working outside the prison to help rehabilitate prisoners during sentence and on release, such as peer mentoring service for ex-service personnel delivered  by Change Step, employability support with Hire a Hero, and a close working partnership with the statutory body Integrated Offender Management Cymru (National Offender Management Service Wales and Welsh Assembly).

The Head of the Endeavour Unit and Family Interventions at G4S-managed HMP Parc, Corin Morgan-Armstrong, said:

“Based on international evidence which supports our model, we are very confident we have a better chance of rehabilitating ex-service personnel and first timers by creating a community and culture based on values familiar to ex-service personnel.  Perhaps even more significantly, because of their respect for discipline, routine and authority, ex-service personnel appear to be having a positive influence on prisoners in custody for the first time.  The men and staff on the wing were humbled to be able to be given the opportunity to show the Chief of the General Staff, General Sir Nick Carter, their progress to date, and were proud to receive his support and encouragement.”

“I had an inspiring visit to HMP Parc where I found people who were trying hard to take veterans who have fallen into difficulties and point them in the right direction.  My personal thanks to staff of Endeavour Wing of HMP Parc for their efforts to assist ex-service members.”
Brigadier Martyn Gamble, Commander 160th Brigade and Headquarters Wales, said: “My Brigade has been working as a stakeholder with HMP Prison Parc as well as with the third sector to develop the package of support. It is very interesting to note that ex-servicemen are 30 per cent less likely to end up in the criminal justice system than the general population and are largely first-time offenders.

“Figures also show ex-servicemen have low reoffending rates, a factor which can be attributed to the help and support of programmes such as those that Parc."