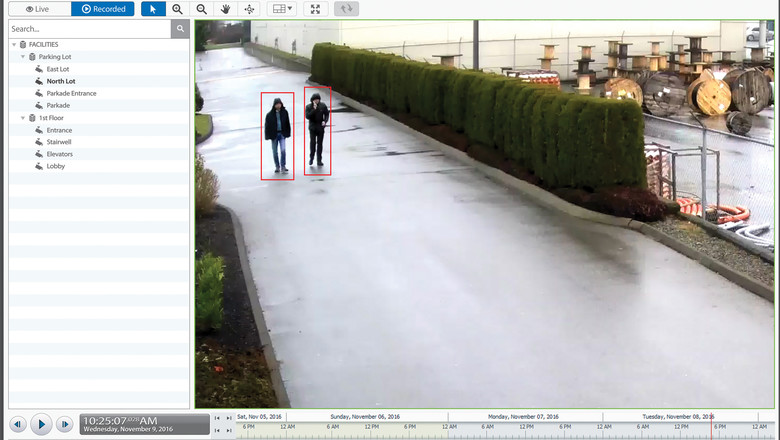 HMP Altcourse near Liverpool is to deploy a sophisticated video analytics system linked to CCTV cameras on the prison perimeter, which is trained to discern and differentiate between people, vehicles and other moving objects.

The technology, which has been designed by Avigilon Corporation, a provider of trusted security solutions, will instantly alert CCTV operators to areas of concern so that they can determine if people caught on camera look likely to launch objects over the wall.

Prison officers can then be dispatched to a package’s precise location inside the facility and police called to apprehend the criminals on the outside.

The system uses artificial intelligence or machine learning to continuously improve the accuracy of the alarms as the technology develops a fuller understanding of the environment under observation over time.

Avigilon’s video analytics are being used to protect sites of critical importance all over the globe, including power stations, ports and courthouses, but it’s the first time it’s been used like this at a prison.

The trial will run for eight weeks and it’s hoped that this technology will help the prison seize the initiative in the on-going battle to tackle contraband. The company has already re-trained drug dogs to detect new psychoactive substances.

“We are constantly looking for new ways to support our vigilant security teams and we are hopeful that this initiative could dramatically improve the chances of catching the criminals on the outside who target Altcourse with contraband.

“Our team has a good record of intercepting packages thrown inside but the size of the prison combined with our location near busy roads and a housing estate means that it’s a constant challenge to keep the entire perimeter under observation at all times of the day and night.

“This smart technology of instant alerts could reduce false alarms and also provide the speed of response which is so vital if the police are to catch the criminals behind this activity on the outside.  We’ll be sharing the results of this trial with our colleagues across the prison system.”

“Video analytics act as a force multiplier, being able to provide constant surveillance and intelligently notify operators of situations they need to be aware of.

“Avigilon’s self-learning video analytics further build on this notion by constantly learning and adapting to the environment allowing the system to improve accuracy over time.”

HMP Altcourse is a category B local and remand prison serving the courts with a capacity of 1,033.

Find out more about the technology via this YouTube video.

G4S is the world's leading global, integrated security company specialising in the delivery of security and related services to customers across six continents.

The group is active in more than 100 countries*, and is the largest employer quoted on the London Stock Exchange with over 610,000* employees and has a secondary stock exchange listing in Copenhagen.

*Includes 44,000 employees in businesses in 15 countries that are being sold or exited.