An ex-offender turned mentor from south Wales has this week received a prestigious award at a ceremony at St James’s Palace in London to recognise outstanding dedication, skill and creativity by people working in prisons. 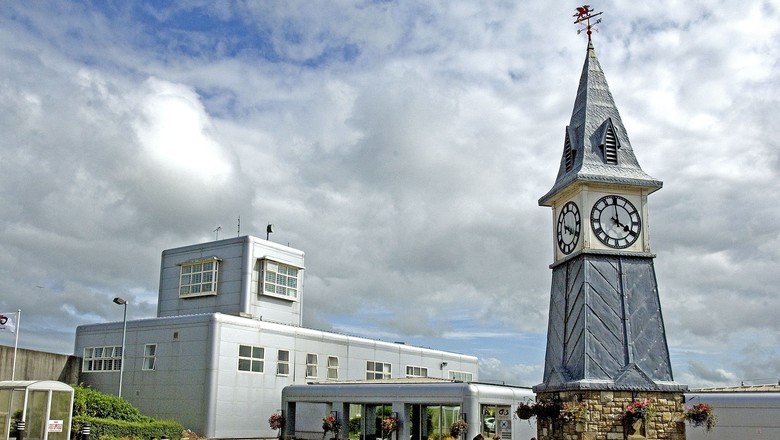 Howard Craven, who turned his own life around after being involved with crime and substance misuse, and became a prison mentor ten years ago, was recognised with a Butler Trust award for his work to encourage prisoners to turn away from crime.

Howard’s colleagues at G4S-managed HMP Parc near Bridgend, nominated him for his tireless work to help prisoners to face problems that he overcame in his own life.  The prison’s director has described his work as “exceptional” and prisoners, who have come through custody and tackled their substance misuse, readily acknowledge that he has changed their lives.

The Butler Trust awards are named after former Home Secretary Rab Butler and Howard received his award from the Trust’s Patron, HRH The Princess Anne, the Princess Royal at her official residence, St James’s Palace.

Head of family interventions at the prison, Corin Morgan-Armstrong, said:

“Howard spent prolonged periods of his early life on the opposite side of the criminal justice system, which sets him apart, not only in the changes he has achieved in his own life, but that he has succeeded in doing the same with so many others.

“He teaches by example, as his earlier life was so similar to many of those men he now works with. He has been stuck in dark places but is proof that a prisoner can turn his life around and rebuild what many others would think of as a lost cause.

“There are countless examples of prisoners who have disengaged only to have a ‘quiet word’ with Howard that in turn leads to an epiphany and the motivation to change is sparked.  Howard manages all this with deeply disarming humility.

“Howard’s work has won national accolades and he recently helped to establish Parc’s Endeavour Unit – the first prison unit in England and Wales for ex-servicemen and first time in custody offenders – which was visited by the Head of the British Army.  I’m delighted that it’s now Howard’s turn to receive the recognition he so richly deserves.”

One prisoner, Paul, an ex-serviceman, said:

“Working with Howard has inspired me to change my life. He really does care and will always do as much as it takes to ensure that any support I, or anybody else, needs is in place and most importantly…He genuinely wants us all to do well and succeed and that belief has often steered me through difficult times. He has enabled me to change my life, how can I ever thank him?”

“For the first time I felt there was a glimmer of hope, a faint chance that I could get my life back. Since then Howard has been standing by my side. He is living proof of how to do things right. I cannot praise this man enough for what he does.”

“The Butler Trust awards are the highest accolade for anyone working in this sector and I am thrilled that Howard has received the recognition he deserves.  He is an exceptional member of our team and inspires both prisoners and members of staff alike.  Howard has helped to turn the lives around of countless prisoners, reconnect them with their families and help to reduce the number of future victims of crime. We are very lucky to have him.”

“Howard is an inspiring example of someone who has transformed his own difficult experiences to help change the lives of others, as a peer mentor at HMP/YOI Parc. The Awarding Panel noted that he has been helping prisoners to turn their lives around for over a decade, and were also struck by a powerful remark Howard himself made: ‘People can change… I believe that when you help one person in prison you are in reality helping many others in society.’”

“Prisoners often engage with me first, rather than some of the traditional help available, because I have been there and done it.  I see myself as a link between the prisoner and the outside world.

“Prisoners’ families are often the unspoken victim of crime and at the same time can be a major support in preventing re-offending. I tell the men I work with that they are not alone and I encourage them to keep in touch and I try to be available when they need no matter what time of day or night.

“I am not the same person I was before.  People can change.  We are all on the same side, we all want a safer society. I would like us to work together more. I believe when you help one person in prison you are in reality helping many others in society.”