G4S, the world’s leading security company, will play a major role in the release to the public of the new 12-sided £1 coin, which is due to be launched tomorrow. 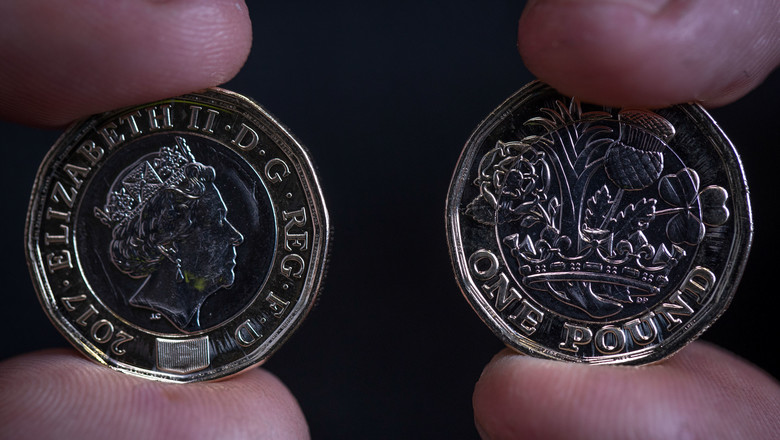 The Royal Mint will produce 1.5 billion new £1 coins, replacing the current coin for the first time in more than thirty years. Approximately one in thirty £1 coins in circulation are counterfeits, according to the Bank of England and so it was a priority to introduce a new highly secure coin that is much harder to copy.

Since 1 January 2017 G4S has brought in bulk stocks of the new coins, bundling them and distributing stocks to G4S coin sites across the UK ready for launch.

Today a small number of selected sites were supplied with coins, so that those coins can be dispensed on opening tomorrow. The majority of the rest of the coins will begin to flow from centres and will start to appear in circulation over the coming weeks.

G4S will move more than £100m in coins each week on behalf of banking and cash in transit customers and will hold contingency stock in readiness for any spikes in demand.

G4S Cash Solutions (UK) head of planning and regulation Peter Wright said: “It’s an exciting time to be involved in cash in the UK. We are delighted to be playing such an important role in this new generation of British currency.”

G4S will also help to remove the old £1 coins from circulation as they pass through the business’ branches and eight coin centres, sending them for recycling. The coin will cease to be legal tender on 15 October.

According to the Royal Mint, the new £1 coin will be the most secure in the world with at least six security elements including a high security feature hidden in the coin to protect it from counterfeiting and an image, much like a hologram, that changes from a ‘£’ symbol to the number '1' when the coin is seen from different angles.

Like the polymer notes, security is a major benefit of the new-look coin, due to chemicals used in the metal, making it significantly harder to counterfeit.

The next stage in the transformation of the nation’s currency follows the successful introduction of the polymer £5 note which began in September 2016. This will be followed in September this year with the UK’s first polymer £10 note. G4S will also play a key role in the removal of around a third of the £8.5bn of old £10 notes in circulation.

Last month G4S cash centres received ‘exemplar’ test £10 notes in order to check that the high-speed sorting machines are able to handle the high-tech polymer note and make any necessary adaptions before the national launch.

G4S’ work issuing the polymer £5 note is on track and to date the company has delivered 80 million notes, that’s £400 million-worth of notes and the company has  taken £200 million of old £5 notes out of circulation.

The old £5 note will cease to be legal tender on 5 May 2017 and in the very near future the Bank of England will start reminding the public to return any they still have in their possession. While the notes stop being legal tender they will still hold their value and bank branches will still take them. They can also be taken to the Bank of England’s Threadneedle Street office where the ‘I promise to pay the bearer on demand’ will be honoured.

G4S cash in transit crews delivered a million pounds in new £5 notes to locations around the country by 6am on the day of the launch on 13 September last year.

Preparing for the polymer £10 note is an even greater challenge, with twice as many old £10 notes in circulation – around 850 million.

G4S Cash Solutions (UK) head of planning and regulation Peter Wright said: “The biggest challenge for the £10 is the sheer volume of notes. There is also a lot more equipment that needs to be adapted, upgraded and, in a few cases, replaced.”

Peter Wright said: “We started planning for the £10 note launch in mid-2015, when we began to look at the effect on bulk movements and storage at our cash centres.”

There are many benefits to replacing the old paper money with polymer. The most obvious is durability: making the average note last two to three times longer. But the new notes are also far harder to counterfeit.