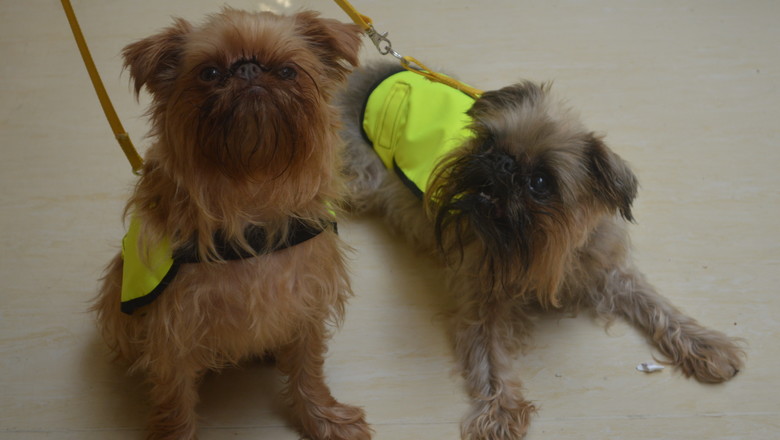 Therapy dogs, Gertie and Tilda, have been visiting the Bridgend-based prison to interact with prisoners and their families for almost a year, with owner Mavis Jenkins who recently received a special award at Crufts in recognition of her work in secure environments.

“While it is still very unusual in a prison environment, therapy dogs have been used for some time in places like safer custody units and psychiatric wings, because of the calming effect they have on people who interact with them,” explained Mary Cooke, Business Support Officer at HMP Parc.

“We have several prisoners who suffer with post traumatic stress disorder, and we’ve seen how spending time with the dogs, just holding and stroking them, calms them down if they’re feeling stressed or anxious.

“But for every prisoner, having a live animal they can interact with and who responds to them, who they can care for, brings some normality back into their lives – and helps them start to question their choices that led them to prison.”

She added: “The dogs are probably not what you would automatically associate with a male prison population, but from their first visit they stole everybody’s hearts.

“Mavis is a lovely person and easy to talk to. Although she lives some distance away, she freely gives her time to come to Parc frequently and is becoming a regular attendee at our monthly family days in the visits hall.”

“I’ve seen first- hand the impact that my dogs have had on the men at Parc over the past year. People might think it’s strange to bring therapy dogs into a prison, but it’s good for the prisoners and the dogs love all the extra attention they get.”

Last month at Crufts, the UK’s biggest dog show, Mavis was presented with the Stella Award, recognising her work not only with Parc but also other establishments and schools.