Books written by prisoners from a facility in South Wales will this year share the shelves with top authors at the Hay literary festival. 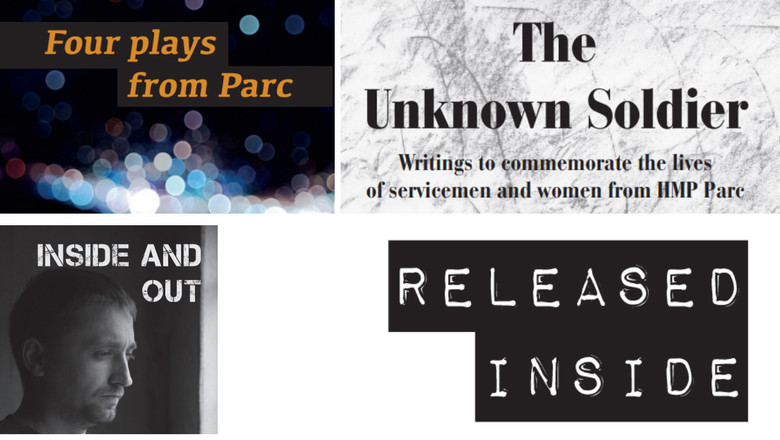 Four collections of short stories and plays will be available, including two new collections published this year.  Unknown Soldier was written over the past 12 months by prisoners and staff, that have previously served in the armed forces and Four Plays from Parc is a collection of four plays written by prisoners over four years. All authors were supported by writers in residence Billy Muir and Graham Hartill.

Alongside these new works, previous anthologies created by prisoners at Parc, Inside and Out insights from LGBT prisoners and staff and Released Inside a collection of stories from transgender prisoners transitioning in custody, will also be available.

Links between the prison and festival stretch back almost a decade and the prison has held a sister festival to Hay, called Hay-in-the-Parc for each of the past nine years.  Hay regularly supports the prison’s event by sending authors to deliver writing workshops at the 1,740 capacity prison but this is the first time that prisoners work will feature alongside other authors at the festival on the Welsh-English border.

With as many as one in five prisoners having a primary school level of reading and writing ability, Hay-in-the-Parc is  a tremendous opportunity for prisoners to positively engage with literature and improve their literacy to break the cycle of crime.
Phil Forder, Community engagement lead for HMP Parc

This year, workshops at Parc’s two-week long festival will be led by a diverse group of literary and artistic figures from writer and actor Helen Griffin, who stars in TV productions including Dr Who, to Rufus Mufasa a dynamic performer of poetry and rap.

The books will cost £2.50 and with the cost of publishing them covered by the prison, all proceeds will be donated to charity.

“With as many as one in five prisoners having a primary school level of reading and writing ability, Hay-in-the-Parc is  a tremendous opportunity for prisoners to positively engage with literature and improve their literacy to break the cycle of crime.

“All of our anthologies are fantastic collections and I am incredibly proud of the authors, many of whom have struggled with education and started out with very little interest in writing, who will now have their work available to members of the public.”