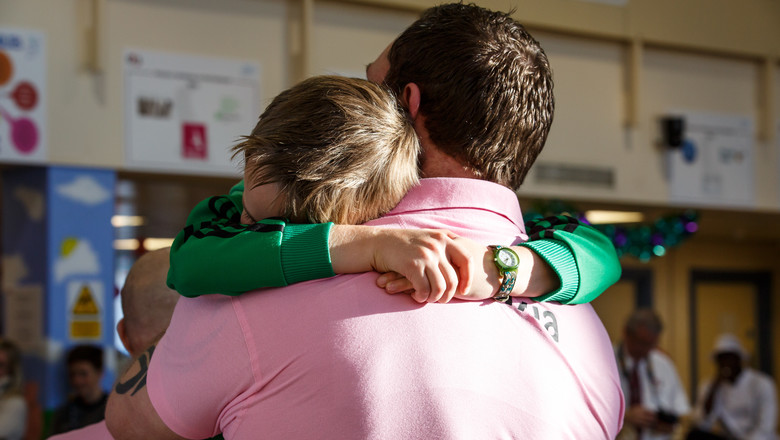 A G4S-managed prison in South Wales was praised in a report published today for its ‘cutting-edge’ approach to engaging with prisoners and their families to tackle re-offending and prevent their children from following their parents’ footsteps into a life of crime.

The UK government-commissioned review said that HM Prison Parc, near Bridgend in South Wales was the “clearest example of good practice” they had seen and that many other countries are learning from the approach.

The model, which was developed after government inspectors identified weaknesses in the prison’s approach to families in a report ten years ago, aims to reduce the risk of prisoners re-offending, the risk of their children following in their criminal footsteps and social exclusion of families in their local community.  The prison overhauled its visits facility to make it more family-friendly and less intimidating for children and in 2010 opened a dedicated 64-bed unit to support both prisoners who are willing to make a change and their families on the outside.

This review and mounting evidence clearly show that working with prisoners and their families is a key causal factor in reducing re-offending while making it significantly less likely that their children will end up behind bars.

Corin Morgan-Armstrong, Head of family interventions
Since the change in approach to make the prison visits area less austere and more conducive to family engagement, there has been a 97 per cent reduction in physical indiscipline and alarms during visits and an 80 per cent fall in indications by drug dogs on prison visitors.  Each week, the prison welcomes more than 400 children into the centre to visit a relative and approximately 69 per cent of prisoners receive visits against a national average of 48 per cent.

“This review and mounting evidence clearly show that working with prisoners and their families is a key causal factor in reducing re-offending while making it significantly less likely that their children will end up behind bars.

“Our experience at HMP Parc in south Wales since 2010 has shown that far from being a ‘soft option’, prisoners are forced to ask themselves profound and deeply uncomfortable questions about the consequences of their offending on their children and families.  As part of the model we overhauled the visits facility to make it more family-friendly, established the first 64-bed Family Intervention Unit in the UK, and developed a new approach to working with community agencies to wrap the approach around the prisoner on the inside and their families outside.  Disorder in the visits hall has reduced by 97 per cent, re-offending rates of those graduating from the Family Intervention Unit have decreased to below one third, and the amount of children on the Invisible Walls Wales project who entered the programme categorised by local agencies as ‘at risk’ or ‘isolated’, fell to zero on leaving the project.

“Prisoners’ families are very often the most powerful catalyst of change and this review must galvanise all of us in the prison system to transform how we work with them to secure better prospects for those in prison and the communities to which they will be eventually released.”

Matthew, a former prisoner who was released 2 years ago after going through the family interventions unit, said:

“When I was 25, I was in jail and the father to three girls aged six, four and three.  I had a big drug problem but I got clean when I was inside on the family unit.

“Me and my partner were always on and off.  What kept me going was my parents being able to bring my kids to visit me. I’ll never forget that.  Without your family, where do you go and what do you do?

“I now have a good job and am proud that I decided to turn my life around.   It’s because of my family roots that I kept going and I know that will always go on with me.”

You can read the review on the gov.uk website.