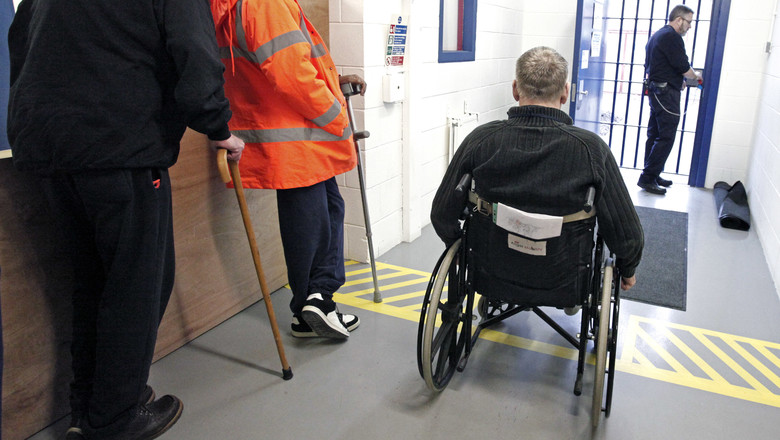 A report published today by independent monitors at G4S-managed HM Prison Rye Hill near Rugby in Warwickshire has found that the facility is “settled” and has continued to make progress in the past 12 months.

The prison is a category B training establishment for up to 625 adult male prisoners serving four years or more for sexual offences.  While monitors say prisoners are treated “fairly” and that around nine in 10 men are employed or in purposeful activity, they did raise concerns about provision of healthcare.

More than 20 per cent of the prisoner population is disabled and two out of every five men is aged over 50.  With an older cohort, monitors reported that prisoner officer escorts to outside hospital were as high as 96 in one month and on average, 22 overnight bed watches each month.

This report recognises that the prisoners we look after are treated fairly and I am encouraged that in a cohort with a large proportion of retired men that monitors recognise that nine out of ten are employed or involved in some kind of purposeful activity.

The report coincides with the publication of new Ministry of Justice data showing that the prison is hitting the majority of targets and is operating at the second highest level possible.

“This report recognises that the prisoners we look after are treated fairly and I am encouraged that in a cohort with a large proportion of retired men that monitors recognise that nine out of ten are employed or involved in some kind of purposeful activity.

“Our prisoner population is now much older and has a greater demand for medical care.  There is still some work to do to ensure that healthcare and the building fabric meets the complex needs of this demographic compared with the younger men we looked after at the prison previously.  We continue to work with our healthcare colleagues as well as the Ministry of Justice and local partner agencies to recruit the medical staff we need and modify the accommodation with these older prisoners in mind.”

Chair of the Independent Monitoring Board for HM Prison Rye Hill, Sheila Davie, said in the foreword to the report:

“Treatment of prisoners at Rye Hill is in the main fair and just although delivery of adequate healthcare remains a concern. We are pleased that the prison has remained more settled during this year, however, the IMB will continue to monitor progress towards a safe and humane environment for all prisoners with a particular focus on equality and inclusion and the provision of healthcare.”

The Prison Act 1952 and the Immigration and Asylum Act 1999 require every prison and IRC to be monitored by an independent Board appointed by the Secretary of State from members of the community in which the prison or centre is situated.

The Board is specifically charged to:

(1) satisfy itself as to the humane and just treatment of those held in custody within its prison and the range and adequacy of the programmes preparing them for release.
(2) inform promptly the Secretary of State, or any official to whom he has delegated authority as it judges appropriate, any concern it has.
(3) report annually to the Secretary of State on how well the prison has met the standards and requirements placed on it and what impact these have on those in its custody.
To enable the Board to carry out these duties effectively its members have right of access to every prisoner and every part of the prison and also to the prison’s records.