The first round of debates for the UK's toughest debating competition at HM Prison Birmingham get underway, with a panel of star judges to determine which teams will make the final 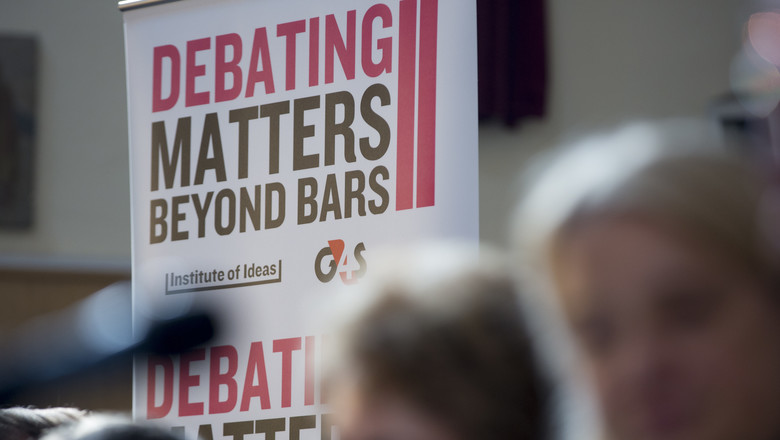 The UK’s toughest debating competition this week begins at city centre prison, G4S-managed HM Prison Birmingham, with a panel of star judges who will determine which two of the six teams make it through to the grand final of Debating Matters Beyond Bars.

Judges this year include:

Debating Matters was created by the Institute of Ideas to encourage a different kind of debating in schools that focused on ideas rather than public speaking ability. In support of the prison reform agenda, the first ever prisoner versus prisoner debating competition was launched last year at HM Prison Birmingham.

The heats, due to take place in the prison chapel on Thursday 31 August, will see 24 prisoners in teams of six tackle thought-provoking topics such as should a secular society prevent people from acting on their beliefs and whether sports people should be seen as role models. 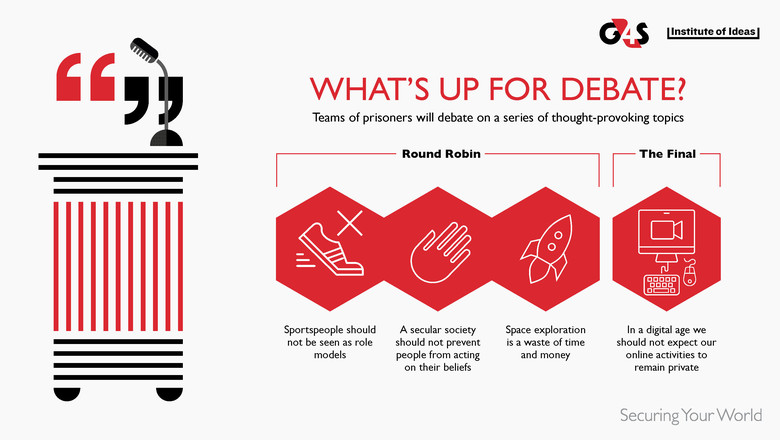 “The heats this week will see the culmination of many hours of hard work and dedication from the prisoners taking part. The men in our care at Birmingham are with us for an average of just six weeks and in that short period of time preparing for these debates has allowed prisoners to engage with education in a completely different way.” 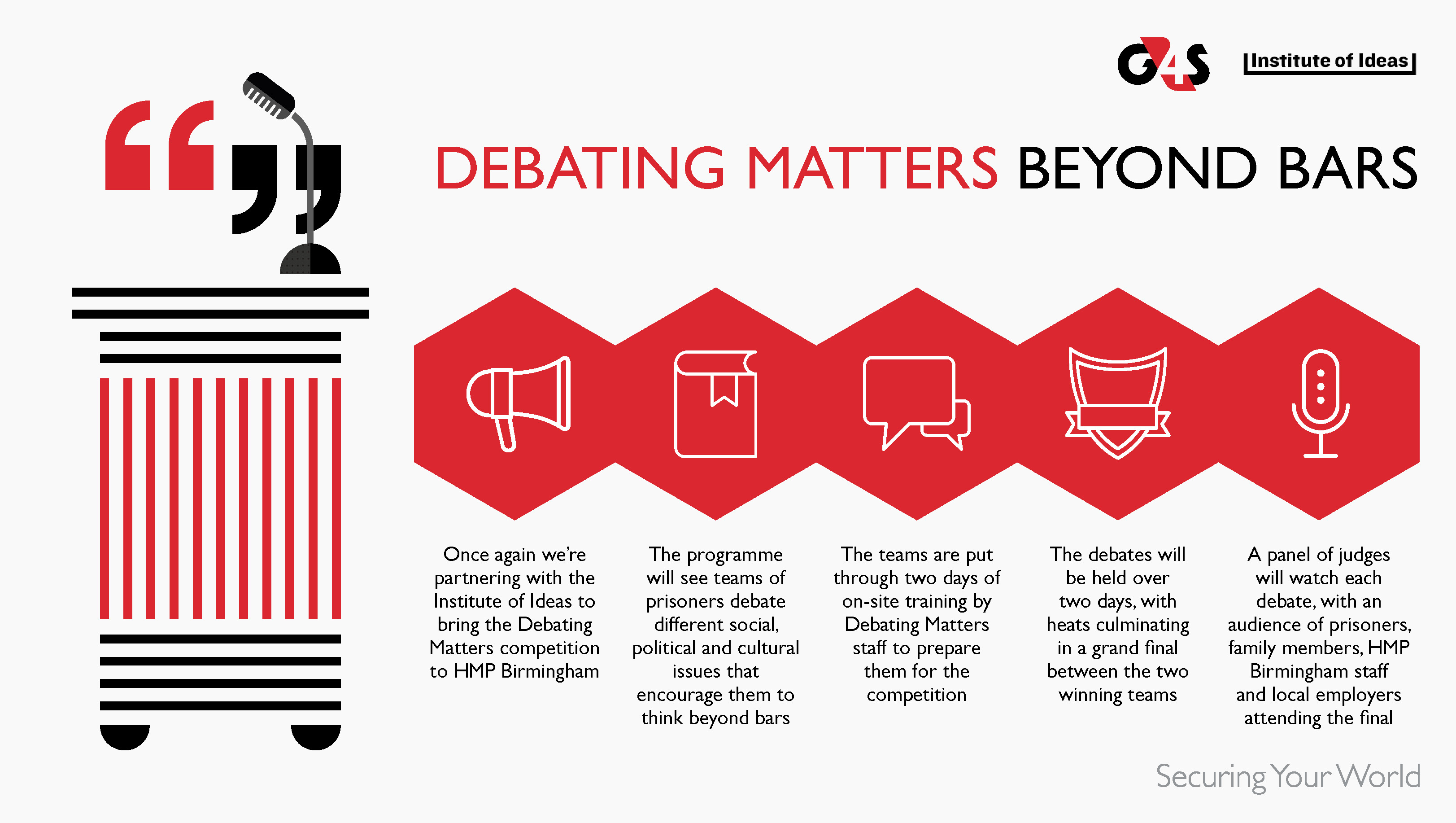 Debating trainer for the Institute of Ideas, Adam Rawcliffe, said:

“The judges are champing at the bit to get stuck into the first round of debates this week, spurred on by the success of last year’s competition, which completely changed our preconceptions and expectations of what prisoners can achieve.”

G4S is quoted on the London Stock Exchange and has a secondary stock exchange listing in Copenhagen. G4S is active in around 100 countries and has over 585,000 employees. For more information on G4S, visit www.g4s.com.

For media enquiries about the Institute of Ideas and Debating Matters please contact: