Working in partnership with the Institute of Ideas, G4S hosted its pioneering prison debating initiative, Debating Matters Beyond Bars, for the second year running at HM Prison Birmingham
When HM Prison Birmingham invited a nationally renowned debating competition to run a pilot programme inside its walls last year, no one foresaw just how successful it would be.

The groundbreaking Debating Matters Beyond Bars project – based on the Institute of Ideas’ schools debating competition – was born in 2016 when the then Secretary of State for Justice, Michael Gove, expressed an interest in testing out debating as part of the national prison rehabilitation programme.

Pamela Dow, Chief Reform Officer at Catch 22, former Director of Strategy at the Ministry of Justice and Debating Matters judge, worked with the Institute of Ideas to get the project off the ground.

“Doing anything new in prisons is quite a difficult process,” she says. “But we have to stop seeing prisons as an ‘other’ public service that taxpayers or voters don’t care about. We should be holding them to the same standards as our schools and our hospitals.

“G4S and HMP Birmingham were the first ones to take the risk to help us hold Debating Matters Beyond Bars – and I can’t think of a more pro-social activity.”

The pilot project saw prisoners of all ages team up to engage in debate on a series of social, political and cultural topics, which encouraged them to think more broadly about issues affecting the outside world, while improving vital oracy and writing skills, and boosting confidence and aspirations. 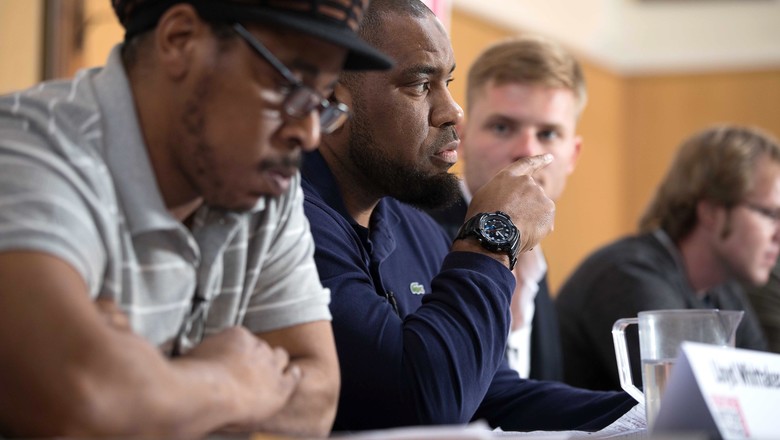 “I took part last year and got a lot out of it,” says Jonathan Floyd, who was part of the winning team and has returned this year as a mentor. “I was approached after the competition to get involved with the prison council. It gave me more confidence to put my hand up and share opinions, and the council has been a success this year because we had people that had been tutored in debating.” 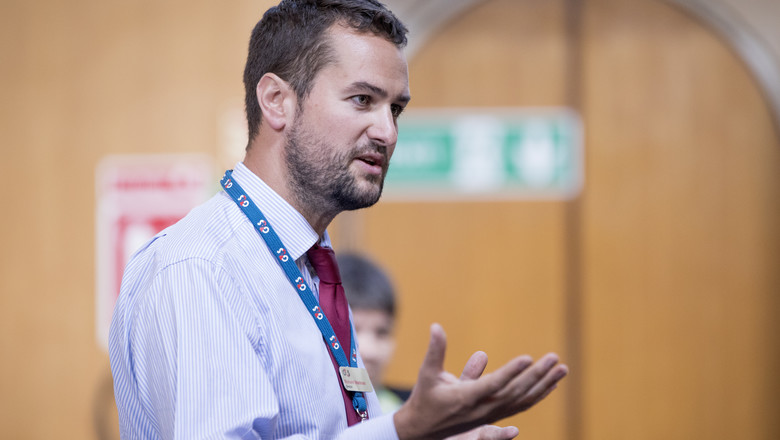 While logistically challenging – the average length of stay in the prison is six to seven weeks, and the entire prisoner population of around 1,500 is turned around in less than three months – Richard Stedman, Director of HM Prison Birmingham, believes it has become a vital initiative for the establishment.


“It is important because it allows prisoners to have a voice,” he explains. “When they come in [to prison] they often lose a lot of links with society. This gets them thinking about what it is to be part of a community, and it keeps some of those links alive and well. It’s unique and very positive.”

Following last year’s success, G4S once again teamed up with the Institute of Ideas during the summer of 2017 to deliver the programme for the second year running.

The competition kicked off with two on-site training sessions, the first of which saw 26 prisoners divide up into six teams – the Fantastic 4, the Residential Team, the Education Team, the Gym Team, the Library Team and the Council/Peer Support Team – and select their topics for debate through an FA-Cup-style draw.

“From the off they were really engaged,” says Adam Rawcliffe, Director of External Affairs at the Institute of Ideas. “When we came in for the first training session last year, we had to try to win them over a bit. This year, because there was momentum from last year, the guys were really keen to get involved straight away.”

The teams were allocated a position, for or against, for three thought-provoking notions – ‘sportspeople should not be seen as role models’, ‘a secular society should not prevent people from acting on their beliefs’, and ‘space exploration is a waste of time and money’ – something that many of the prisoners found challenging. 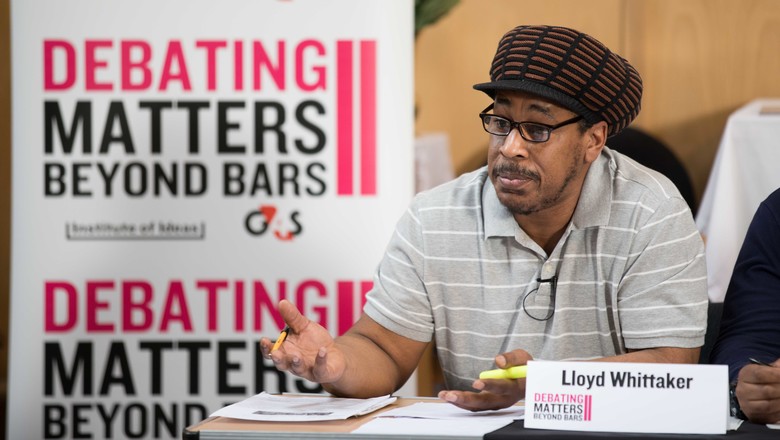 “It took me out of my comfort zone, and really made me question my opinions on those topics and look at them differently,” says Lloyd Whittaker, Education Team.

But the teams rose to the challenge, returning two weeks later with their research and arguments in tow for the second session, which focused on developing and testing the prisoners’ ideas. To make sure they were fully prepared, the Institute of Ideas held a third and final session before the competition began, while the prison staff put on a number of their own evening sessions in the run-up to the event.

“To see staff and prisoners working so closely together with a shared goal has been really encouraging,” says Stedman. “It’s allowed staff to see prisoners in a different light, and vice versa.”

Kicking off the competition

With the competition finally upon them, on 31 August 2017 the prisoners assembled in front of HM Prison Birmingham staff, judges and guests, including local West Midlands employers, to put their knowledge to the test and take part in a series of round robin debates.

Divided into two groups, with three rounds of debates taking place in each, the prisoners battled it out on the topics of role models, religion and space exploration, facing cross-examination by panels of high-profile judges – working in journalism, government, education and prison reform – every step of the way. 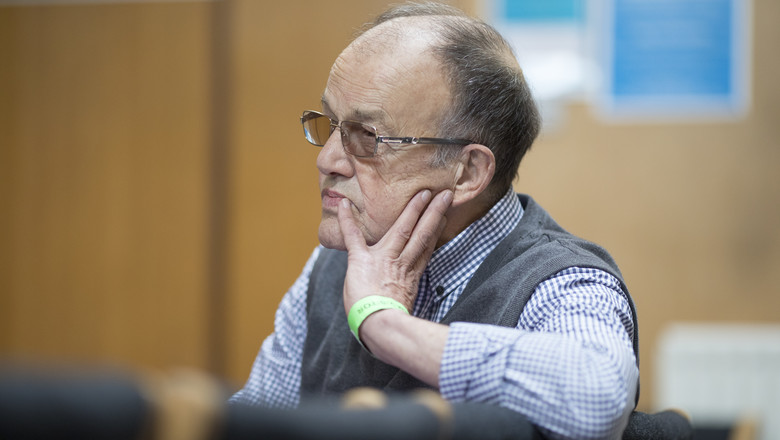 “The idea of debating topics that are very current is really important,” says Eric Allison, Debating Matters judge and Prison Correspondent for The Guardian. “I’d like to see this happening every week in every prison, because it brings the outside world into prison, and it brings the prisoners out to us. They are part of our society, and they’re going to come back into it.”

Due to the prisoners’ outstanding performances across the board, each team came away having won a debate, leading the competition to a tiebreak. Following some serious deliberation by the judges, the Education Team and Gym Team were crowned as the winners, moving on to face their next challenge: the grand final. 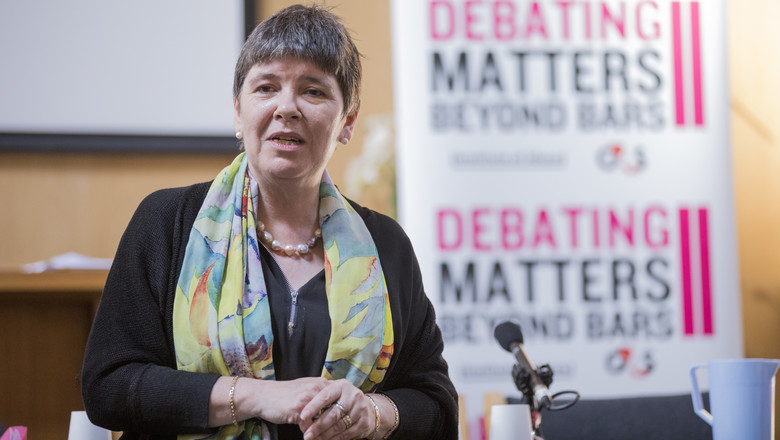 Claire Fox, director for the Institute of Ideas

“A huge amount of preparation had gone into the speeches by the prisoners, and they worked hard to try to understand some quite difficult conceptual issues,” says Claire Fox, Director of the Institute of Ideas. “They surprised themselves and really enjoyed the intellectual challenge, taking criticism on the chin with good grace and good humour.”

On 2 October, the teams returned to the stage in front of an audience of prisoners, family members, HM Prison Birmingham staff and guests to contest over the thought-provoking and controversial topic: ‘in the digital age we should not expect our online activities to remain private’.

But not before a special BBC Question Time-style debate, during which prisoners were given the chance to question a panel of guests – including the Financial Times’ Miranda Green, writer and presenter Timandra Harkness, teacher and author Michael Merrick, former Conservative Party candidate and founder of the Contrarian Prize Ali Miraj, and Chief Executive of the Koestler Trust Sally Taylor – on everything from Brexit to drugs and prison reform.

“I’ve learnt a lot about the state of the prison system, and the things that are on the minds of the people here,” explains Green. “For them, it seems to be a valuable opportunity to have these interactions and thought processes about the big questions facing Britain, and to be included in that conversation.”

Following a lively debate, during which prisoners across all teams participated in questioning and testing the panel, the audience sat down to the main event. 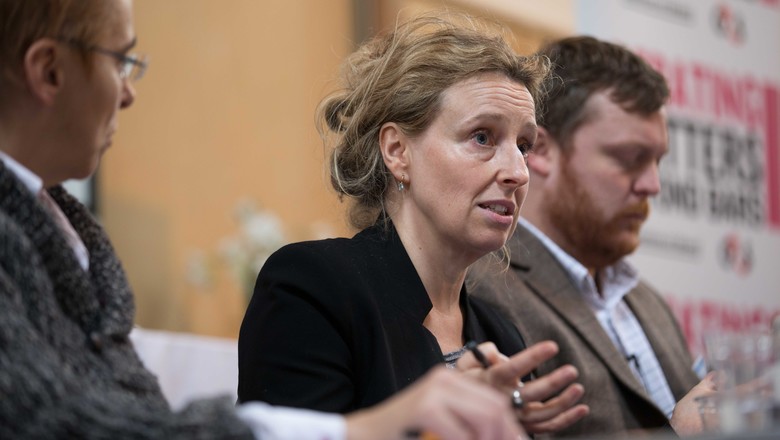 
It was an intense final, with the Education Team and Gym Team dissecting the topic of online privacy, delivering succinct and well-researched arguments, and answering challenging questions from the judges, the audience, as well as each other.

Despite the outstanding effort from both teams, the Gym Team came off victorious, praised by the judges for their clear arguments and unwavering dedication.


“It’s a fulfilling sense of accomplishment: we made it to the final, we’ve done it and it’s something to be proud of,” says Luke Jewitt, Gym Team. “It takes your mind off of the here and now – we could be anywhere today.”

Once again, the programme has had a resounding influence on the prisoners who took part.

“There was one prisoner that couldn’t even pick his head up to speak about his favourite film when he did the first training session,” says Kelly Garner, Head of Community Engagement at HM Prison Birmingham. “Now he’s got a certificate for best deliverance of speech, and his confidence has gone through the roof.” 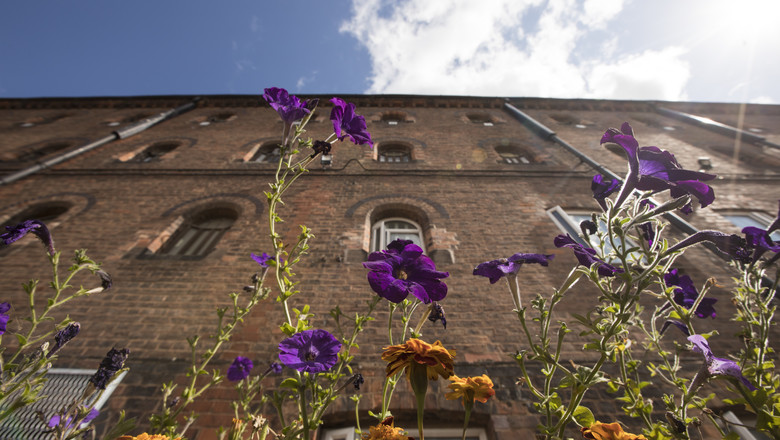 For many, the success of the programme has also raised some crucial questions about prison reform, and the benefits of debating across the wider UK prison system.

“Fundamentally it’s about prisoners being part of a community and learning to articulate effectively, and that’s something that can be [implemented] across the prison estate,” says Stedman.

“It’s remarkable that in a remand prison we’ve been able to create an oasis of stability,” adds Fox. “What we’d really like to do is run Debating Matters Beyond Bars in some stable prison environments, so that we could see the long-term consequences on those who, for example, are doing stretches of five to 20 years.”

It may all be over for another year, but it is clear that Debating Matters Beyond Bars will leave a lasting impact on HMP Birmingham, and everyone involved throughout the competition.