The Independent Monitoring Board at G4S-managed HM Prison & YOI Parc has today published its annual report, which states that the prison is “very well managed” and “that safety is of paramount importance and that the range of purposeful activity is growing ever wider.” 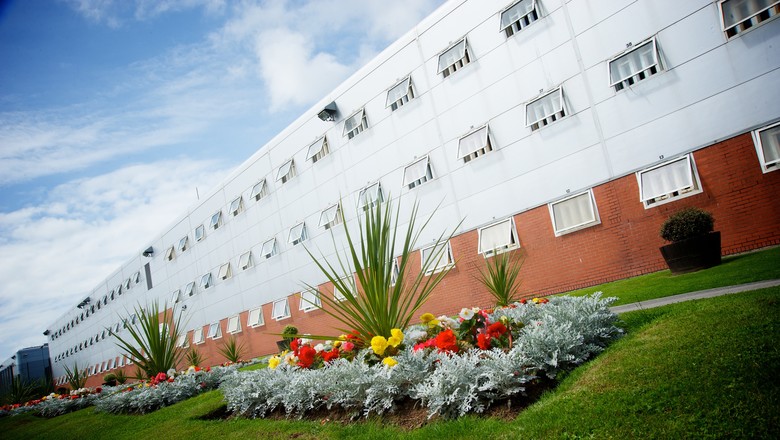 The Independent Monitoring Board at G4S-managed HM Prison & YOI Parc has today published its annual report, which states that the prison is “very well managed” and “that safety is of paramount importance and that the range of purposeful activity is growing ever wider.”

HM Prison Parc is a Category B men's prison and Young Offenders Institute in Bridgend, South Wales. Operated by G4S, it is the only privately managed prison in Wales, with a current capacity of 1,719, including 60 young people aged 15 to 18 years old.

Monitors praised the professionalism of staff at the prison, particularly those managing challenging incidents and violent behaviour in the Care and Separation Unit (CSU), described as a ‘constantly busy environment’. This area of the prison saw the introduction of the Credwch (Belief) Unit in January 2018.

Described by monitors as an ‘imaginative initiative’, the Credwch unit is part of the prison’s wider violence reduction strategy, and works in conjunction with the CSU to provide a more structured and personalised management plan for men with complex needs.

Today's report indentifies the significant challenges we face at HMP Parc in tackling drugs and violence and I am pleased that monitors have recognised the work that has gone into opening the Credwch unit, which is an integral element of our violence reduction strategy.
JANET WALLSGROVE, DIRECTOR AT HM PRISON PARC
With a focus on violence awareness, coping strategies and development of relationships and future goals, the four-level programme which prisoners aim to complete on the Credwch Unit helps with their reintegration back into the main prison. Other residential wings have reported an improved atmosphere since the relocation of some of the most challenging men to the unit.

This year’s report highlighted progress in the education and learning programmes within the prison, stating that there had been an improvement in the provision of work and purposeful activity, with an activity rate of 80.4%, up from 77% last year.

The success of the Further Education and Distance Learning College Wing and the College Placement Programme for PGCE students were also recognised, and monitors mentioned that, “strong working links” have been made with the Prisoners’ Education Trust, the Open University and numerous universities and colleges throughout Wales.

As is the case in many prisons and YOIs across the UK, high levels of violent incidents and substance misuse were considered to be key challenges for the prison. Alongside regular searches and increased patrols, investments have been made in recruiting staff, improving CCTV monitoring, and installing scanning equipment.

The prison continues to work closely with South Wales Police to combat the rise of drones attempting to drop packages inside the secure perimeter, as well as to gather intelligence to disrupt criminal behaviour within and outside of the establishment.

“Today’s report identifies the significant challenges we face at HMP Parc in tackling drugs and violence and I am pleased that monitors have recognised the work that has gone into opening the Credwch unit, which is an integral element of our violence reduction strategy.

“Addressing the issue of drugs within the prison is a key priority, and the regular finds occurring while searching visitors demonstrates that the security procedures in place are effective in preventing illegal substances from entering the prison.

“Our close work with the South Wales Police has so far resulted in 45 charges in the past year, of which 17 resulted in convictions for offences within the prison.

“From their admission and induction into the prison, and throughout their time at Parc, prisoners are educated about the risks of drug use, particularly of psychoactive substances.

“The prison is also in the process of recruiting 35 new officers as part of the HMPPS Offender Management in Custody (OMIC) Model to continue to build on positive engagement with all the men in our care and the rehabilitative process at Parc.”

HMP Parc is home to the internationally renowned and innovative project, Invisible Walls Wales, which aims to support prisoners’ families, and prevent prisoners from reoffending after release by breaking the barriers between them and their families during their time in prison.

The Prison Act 1952 requires every prison to be monitored by an independent Board appointed by the Secretary of State from members of the community in which the prison or centre is situated.

With access to every part of the prison and its records, and the ability to make informal contact with prisoners and staff, the Board reports annually on how well the prison ensures that prisoners are treated fairly, humanely and with access to the right programmes preparing them for release.

G4S is quoted on the London Stock Exchange and has a secondary stock exchange listing in Copenhagen. G4S is active in around 90 countries and has over 560,000 employees. For more information on G4S, visit www.g4s.com.
^