As part of the UK government’s COVID-19 testing plan, G4S has set up dozens of testing sites. How is a concerted effort to hire locals at each site helping make testing friendlier, safer and more effective? 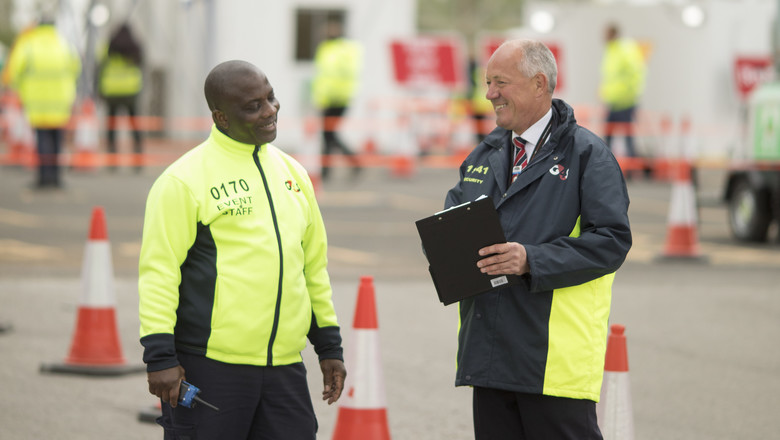 The first job Chris Bingham got after 24 years in the military was with a testing site run by G4S on Overton Road in Leicester. A father-of-three, originally from nearby Loughborough, he served in Kosovo, Latvia and Afghanistan, and worked his way from a Private to Staff Sergeant and was awarded several service medals in the process.

“Finding work after years in the army can be hard,” he said. To say Chris brought a military enthusiasm and work ethic to the testing site would be an understatement: after more than two decades, that is what he knew best. “This is where I belong, on this sort of level,” he said, “interacting with people, making them feel comfortable, and actually making sure guidelines are being adhered to.”

Chris is part of a broader strategy from G4S’s testing site management to emphasise local teams that know the area. Through what is known as ‘community recruitment’, testing sites are run by a cross section of the local area - not only those with facilities management or security expertise. One site employs a local singer who reached the X Factor finals, as well as a former prison governor. Likewise, the main tents are named by each local team and dedicated to a significant local person, historical event or place. A testing site in Aylesbury voted to name the site ‘Cubitt’, after the car that was produced in the town between 1920 and 1925. In Lancashire, the team at an LTS in Leyland named their site Cromwell, after the World War II tank made there.

Chris McPhee MBE works at the Inglemire Lane testing site in Hull. A former prison governor, he spent 34 years in the prison service after serving in the Falklands War. He was awarded an MBE for his extensive work preventing suicides in prison and for pulling a young girl from a burning house. 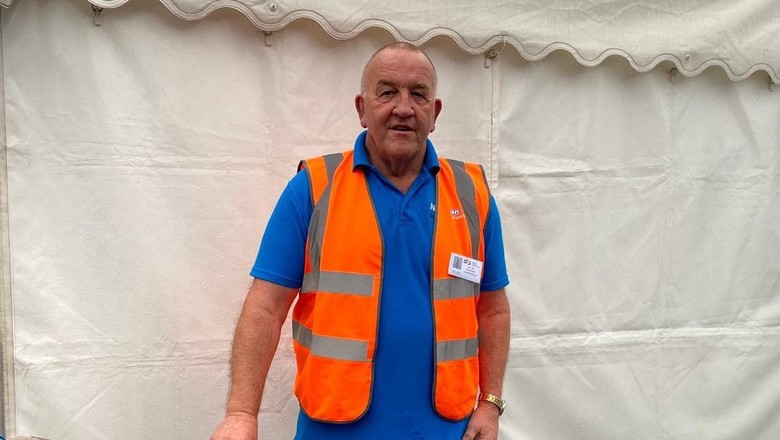 Chris McPhee on site in Hull

“I’ve been at the Inglemire site since the day it opened. This is quite close to my house - I’m a native of Hull,” he said.

“I’m a Hull person, born and bred, and it helps when speaking with members of the public. The banter you can have. You can tell if they’re anxious, you can put them at ease.”

Chris McPhee said he enjoys talking to teenagers and children the most, and always uses the same strategy. “I say, ‘your mum’s going to take you to McDonalds after this’, and that always gets a laugh. All of us can put on different hats... at the drop of a hat.”

Samantha Atkinson is a team lead, also at the Hull site. She has been a singer in the Hull music scene for years, and has featured on the UK’s X Factor programme. “I’m pretty local. It’s a bit weird, but I’m quite well-known in Hull. I do sing a bit while I’m walking about the site, but now everyone sings. But because they’re all older, it’s mostly Vera Lynn and Shirley Bassey.” 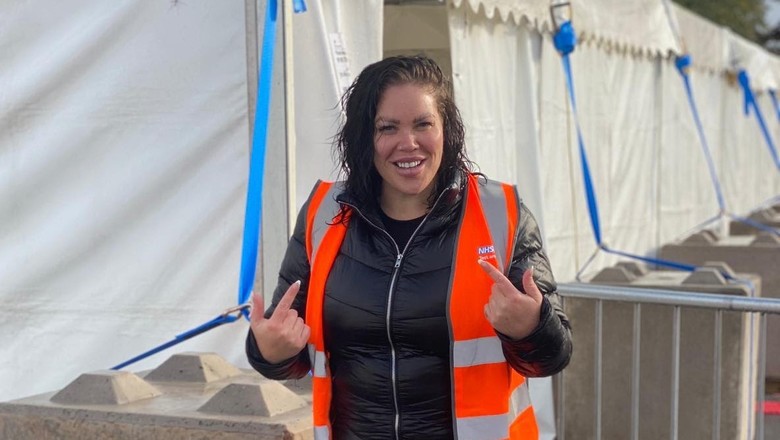 Samantha Atkinson on site in Hull

Samantha has the sort of personality that immediately puts others at ease. “I got a bit of anxiety in lockdown,” she said. “This has made me so much better. I’m seeing people, we’re helping people. My biggest thing is I feel happy when kids come. It’s so hard to get them to do the test. A little bit of persuading. I say, ‘You’re going to be the doctor now’, and that works.”

Erin McCutcheon is a deputy site manager at a testing site in Milton Keynes at just 22-years-old.

“I’m a student, I was meant to graduate this year from aircraft maintenance engineering,” she said. “I’ve been working here instead. I never saw myself as a manager, or a team leader. Now I think this whole experience has grown me. I’ve got so much more confidence now.”

Working on testing sites has been an unexpected but welcome experience for some. “It’s a lot of people you’d never come into contact with,” Erin Hill, a university student who works at a Regional Testing Site in Kettering. “There’s such a variety - teachers, electricians, people who had their own businesses... Most of the younger people have been to university. I would say 90 percent of those who’re older have been through redundancies. Honestly, people from everywhere.”

Chris Bingham is juggling being a single father of two children with the responsibilities of managing a testing site. It’s all about being a friendly face ready to help people through a potentially tough part of their lives. “It all depends on the body language,” he said. “And remembering that the cleaning is the most important job. Thankfully, from the start we’ve had a good ethos toward receiving people in and talking them through.”

G4S employees have supported the UK's response to the coronavirus pandemic in a variety of ways since March 2020. Read more about how G4S set up our first COVID-19 testing sites during the first wave of the pandemic, provided technology-enabled access solutions at NHS Nightingale Hospitals, and security for COVID-19 ventilator testers.