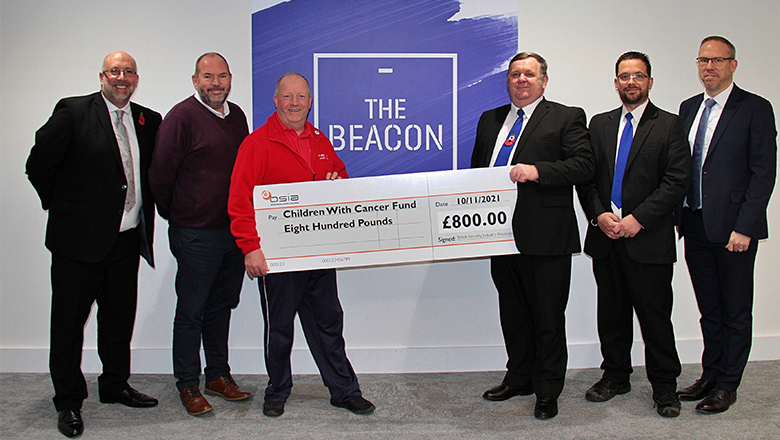 The team are renowned for their proactivity to prevent and support local emergency services, customers and retailers against crime. Last year, this  resulted in a reduction in the number of thefts to 3-4 per week and a successful assailant capture in over 75% of incidents, including working closely with police on an incident resulting in a successful murder conviction.

The team were delighted to receive two letters of commendation by the Sussex police department, highlighting the exceptional support and excellent use of surveillance equipment that has supported the police against unlawful claims and criminal cases – most notably the successful murder conviction.

The centre also provides added value to the town centre by supporting and providing aid to all local businesses as well as the local community. The team act as the control station for the local crime watch group and provide additional support to a secondary retail centre, Langley Shopping Centre.

Some of their outstanding achievements last year iinclude:-

- Proactive assistance with the police, including provision of CCTV footage to aid in the successful conviction of a murder case

- The successful prevention of armed robbery, stopping the theft of  £125,000 worth of watches from a retailer in the shopping centre by using CCTV, obtaining vehicle registration and providing an accurate description of one of the suspects.

- In depth surveillance work, resulting in the recovery of £75,000 of stolen goods

As part of their award, the G4S Beacon team were awarded £1,000 from the BSIA. In a typically thoughtful gesture, the team decided to donate their £1,000 winnings to two charities - ‘The Children with Cancer Fund’ and ‘St Wilfrid’s Hospice’.

Allied Universal®, a leading security and facility services company, provides proactive security services and cutting-edge smart technology to deliver tailored, integrated security solutions that allow clients to focus on their core business. Our acquisition of G4S in 2021 expands our footprint and infrastructure on a global and local level. Through our vast network of more than 800,000 employees, we leverage global best practices in communities all over the world. Operating in around more than 80 countries with revenues of $18 billion, we are supported by efficient processes and systems that can only come with scale to help deliver our promise locally: keeping people safe so our communities can thrive. We believe there is no greater purpose than serving and safeguarding customers, communities, and people in today’s world. Allied Universal is There for you™. For more information, please visit www.aus.com.
^