Artificial Intelligence and its Applications in Physical Security

The artificial intelligence (AI) sector is estimated as contributing a net worth of over £15 billion to the UK economy and spend on AI technologies is predicted to rise to over £35 billion by 2025, giving a clear indication of the importance it plays in our daily lives. However, AI adoption rates in the UK vary greatly between different industries; they are higher in sectors such as finance, IT and legal services, the security sector lags behind.

But the Covid-19 pandemic was a game-changer for the security industry. For example, security personnel were not only having to carry out their normal duties, but as frontline workers, were also charged with ensuring compliance with Covid restrictions (such as mask wearing, marshalling queues and taking temperatures), as well as being required to monitor access to buildings more closely and particularly occupancy rates. The use of technology, including AI, sometimes played a significant part in carrying out these additional tasks out.

Although there is no one agreed definition of AI, it is founded on the assumption that human intelligence can be simulated by machines through computing, processing, and applying rules (and in some instances, making those rules), and therefore being able to replace human labour, at some level, features in most definitions. AI uses machine learning to solve problems and accomplish some tasks that would be too great, too complicated or take too long for the human brain to process. For organisations, this means increasing efficiency by making processes faster and smarter and being able to operate technology 24/7 without interruption, breaks or downtown. In addition, repetitive tasks, which may lead to boredom, tiredness and errors by humans, can be completed accurately by AI technology. Advanced types of AI, using deep machine learning, can perform more complex tasks, make decisions faster, filtering out some factors which would delay humans and handle vast amounts of data with ease.

In the last decade, advances in computer capabilities and the increasing availability of data (in particular big data), have led to certain tasks previously carried out by a human workforce in the security industry to be automated. This has been particularly invaluable where security resources are overstretched such as when labour shortages exist. However, AI enables these developments to go beyond merely collecting data and detecting events, by supplementing those data with data from other sources, detecting patterns, identifying connections and inferences, and then making decisions about the present, and predictions for the future based on this information.

For video surveillance, AI-based operating systems have eclipsed the use of older legacy-based control systems, meaning that video security is now more powerful, reliable and accurate, leading to faster response times to incidents and improvements in overall safety and security. The number of false alarms raised due to incorrectly identified objects are greatly reduced with AI systems, because they use algorithms that can be ‘trained’ to distinguish between things such as people, animals, trees, and different types of vehicles. Moreover, this intelligence becomes more reliable and accurate through machine learning without any additional effort from the business, generating a good rate of return-on-investment. Other benefits include real-time analysis of video footage, the ability to automate responses, and the elimination of the noise from a traditional monitoring system. 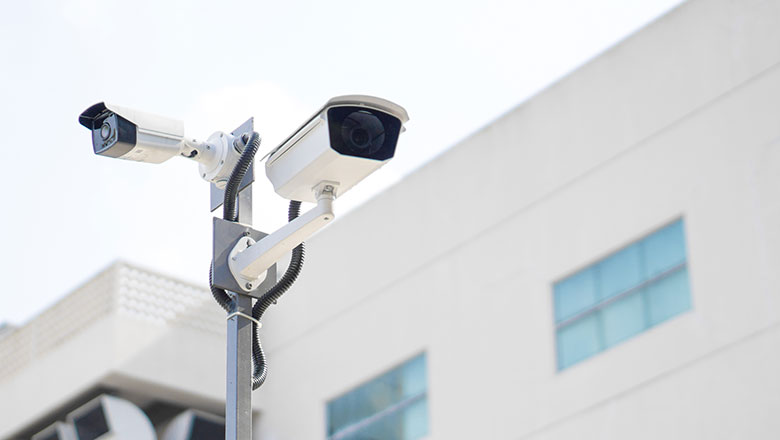 The use of biometrics and facial recognition technology have long played a part in physical security, but the introduction of AI to these systems has greatly enhanced their performance. Whereas early biometric technology operated by using certain personal data relating to physical characteristics or markers, AI-enabled technology allows not only better recognition of physiological characteristics through 3D images but is also able to distinguish between different behavioural characteristics, such as a person’s movement or gait. As well as enhancing physical security systems for buildings and organisations, it can also be used for identifying perpetrators of crime, those on watch lists and do so in a contactless manner.

Many organisations already use automated access control systems as part of a solution to their physical security and integrating these systems with AI takes the detection potential to the next level. Indeed, during the pandemic there was an increased demand for touchless and frictionless access options, and these systems not only gave organisations the ability to monitor who was accessing their sites, but also ensured that they adhered to any contact tracing protocols in place at the time. Intelligent access controls systems can monitor sites and diagnose problems, alerting human personnel to security issues in real time. Breaches in security through ‘tailgating’ or ‘piggybacking’ can be enhanced as AI can further ‘recognise’ people through learned movements, patterns and features, virtually eliminating false rejections. It can also differentiate between objects and humans (helping when people are carrying something or wearing backpacks) and could be used to identify authorised/regular users.

Tracking and monitoring people for potential threats is a significant role for security personnel especially large crowds in busy streets, shopping centres, transport hubs, or at events. But observing an individual’s activity and behaviour is a near impossible task for the human eye alone and this is where AI can assist. As such, AI can automate some tasks to complement the work of security personnel, like counting people in crowds and predicting issues, so that the appropriate action can be taken.

Security personnel are always on the lookout for potential threats, but where they are understaffed, lack suitable equipment, or in situations simply just too dangerous to investigate, gaps in security emerge. This is another area where AI can help, especially in the form of robot and drone patrols. Security robots have been used in the manned guarding sector for a number of years now, and can automatically patrol routes, detect strangers and objects, and transmit video and messages back to a monitoring guard. Where there are health and safety concerns, impeding human attention, robots and drones equipped with AI can assist in tasks, such as search and rescue missions, where toxic waste may be present, or help in maintaining law and order. They not only provide vital data and surveillance capabilities, but also give an expanded security presence in certain situations or locations. 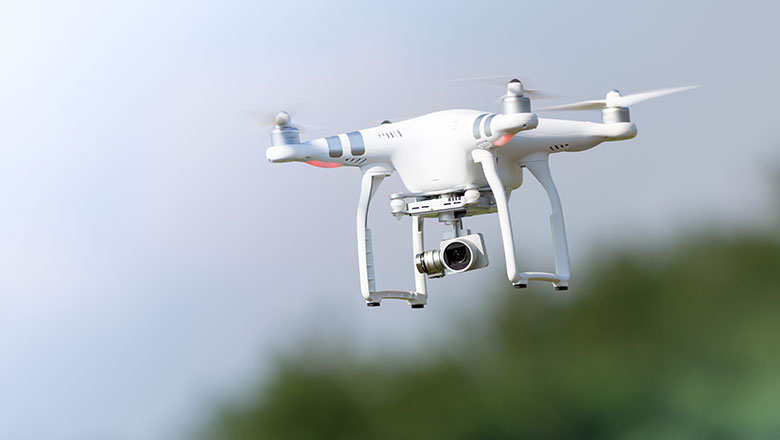 Although AI has made a definite impact on our economy in the last couple of decades, it is not without its limitations and criticisms. Start-up costs can be considerable and machines and technology need to be updated and maintained over time. But one of the major limitations, at its current level of development, is that AI is not able to go beyond mimicking human behaviour and relies on being fed data. As such, it is quite inflexible and only learns from the processing of data to a limited extent. It is not able to think for itself and alter its response to changing environments in the same way that humans can, and security landscapes are certainly dynamic places which need adaptable responses.

One of the biggest barriers to AI adoption though relates to the issue of privacy, with many claiming that AI is impacting on human rights through the lack of regulation and governance, and it is certainly true that the regulatory environment in which it currently operates does not sufficiently address these new technologies. It is therefore important in the longer term, where AI technologies will almost certainly develop further, including in the security sector, that these issues are addressed if the potential advantages of future AI systems are to be fully embraced and public trust gained.

G4S supports the use of AI and where appropriate and aims to use it in their security solutions. It has partnered with Calipsa, whose cloud-based AI technology can instantly distinguish between human and vehicle-based movements, from a variety of other motion triggers, thereby drastically reducing the number of false alarms in video surveillance. In access control systems, their AMAG Symmetry System offers a business intelligence module to monitor and flag behaviours or events that are out of the ordinary. This operates by learning what the normal behaviour of a building user is over a period of time.

For further details about how AI can be used in the security sector, please visit our Commercial Security Systems page here.