As well as giving financial donations to local communities, we also encourage our staff to fundraise and volunteer to support local causes. 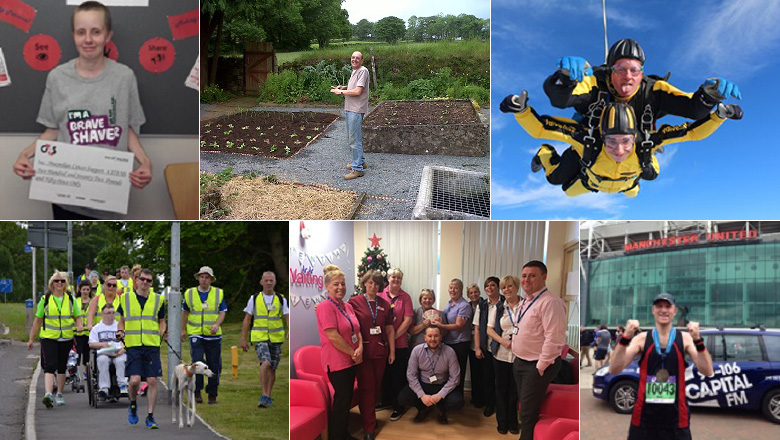 Here are just a few examples:

Elderly in patients Christmas Day ‘present surprise’
For the fourth successive year, elderly inpatients staying on the Rehabilitation and Elderly Care department at Sunderland Royal Hospital received a present of nightwear and underwear on Christmas Day, purchased by the nursing staff using £500 in gift vouchers donated by the G4S FM contract team

Pictured below: Glen Robinson, FM Contract Manager (centre) with June Lawson, Matron for Rehabilitation and Elderly Care (holding vouchers) with other members of the FM contract team and hospital staff.
Supporting a client’s chosen local charity
One of our clients, the Met Office has adopted CHICKS – a charity that supports disadvantaged children in the Exeter area with respite holidays in Devon. G4S staff, working on the contract, often raise funds for CHICKS and give up their own time to volunteer. One example was a team building day where they prepared the CHICKS vegetable patch for the spring.
G4S MATCH-IT SCHEME
G4S employees (individuals or teams) who fundraise for local causes/charities, or national and international charities, can apply for matched funding to boost the amount they raise up to a further £500 through the company’s Match-it scheme. Below are several examples:
Kelly – Brave the shave
Kelly Wilson who works a domestic at Barnsley Hospital, decided to have her hair shaved off as part of Macmillan Cancer Supports ‘Brave the Shave’ fundraising campaign. Kelly chose this charity for the good causes their works supports. The ‘Brave the Shave’ challenge (www.bravetheshave.org.uk), raises money to support people who are affected by cancer when they need it most.
Kelly donated a hair raising £282.50 from sponsorship pledges, which was doubled with matched funding.

Marathon man Andrew
Andrew Vasey, Customer Services Support Assistant for the FSPO contract, competed in the Greater Manchester Marathon and raised £550 for Myeloma UK, A further £500 was secured in matched funding that boosted Andew’s total raised to £1,050.
Sky’s the limit for Zak
Met Office contract Apprentice engineer Zak Earl took the plunge with a tandem skydive in aid of The Neuro Foundation. Zak wanted to raise awareness of Neurofibromatosis in memory of his uncle who suffered from the condition. The charity (www.nfauk.org) aims to improve the lives of those affected with neurofibromatosis for which there is currently no cure. Zak’s skydive raised £210, which was match funded with a further £210.
Wacky wheelchair challenge
Gail Burton, Central Contract Administrator at Leicester BSF and fellow G4S colleague Matt Yeomans, Premises Office at Judge meadow Community College, took part in a WAC (Wheelchair Awareness Challenge) to raise money for Wishes4Kids. They helped the family and friends of 17 year old Calum Mayes, an amputee, take it in turns to push him in his wheelchair from Leicester to Blackpool over an eight day period. The charity which helps Calum, helps children in Leicestershire aged 18 years or younger who are life limited, terminally ill, have experienced life-changing physical or emotional traumas, suffered major abuse or are diagnosed as HIV positive.
Gail and Matt raised £408 for the charity which was doubled with a further £408 in matched funding.
^