How to Prepare, Mitigate and Respond to an Active Threat

For any business, the potential for an active threat situation must be taken serious. These dynamic, complex and unpredictable events bring with them equally difficult risks, with each instance being vastly different than one another. An active threat can be many things, not merely just a gunman. 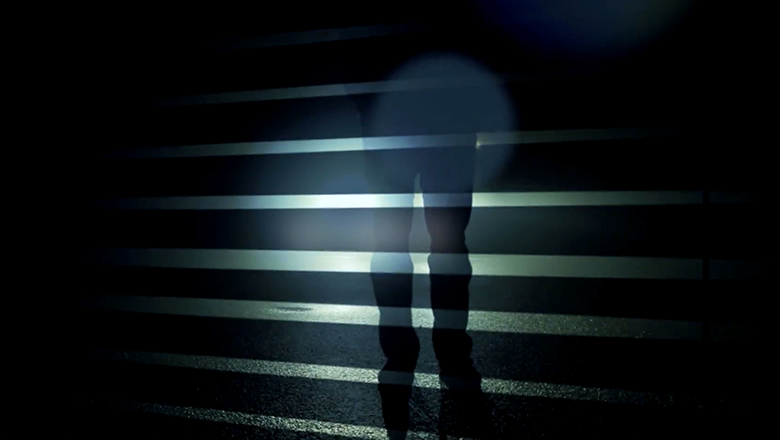 It can be an individual with a knife or even vehicular attack. Overall, an active threat is an individual actively engaged in killing or attempting to kill or harm people in a confined space or other populated areas.

According to the Gun Violence Archive, which defines a mass shooting as a single incident in which four or more people are shot and/or killed, there have been 236 mass shootings in the United States as of August 31, 2018. That figure doesn’t include the number of active threats armed with a knife or other object or vehicular terrorism.

A study conducted by the Federal Bureau of Investigations (FBI) from 2010-2013 found that 45.6% of all active shooter incidents occurred at places of commerce, with 60% of those incidents being places that were open to pedestrian traffic. Meanwhile, 24.4% of incidents took place at places of education, with government, open space, residences, healthcare facilities and houses of worship making up the remaining 30%.

The ability of an organization to take the proper steps before an event takes place can help to mitigate the risk, but also to train their company to be prepared for a potential threat. In order to best protect their organization and their people, a company must take the appropriate preventative steps. They must also educate and train their employees for a potential incident response as well as have after action steps ready and in place.

The first step in working to avoid an active shooter or workplace violence event is taking the appropriate preventative measures. Comprehensive workplace violence prevention and training programs should be a staple of any business with the program customized to a businesses unique circumstances.

Organizations need to be able to identify what the threat is. It could be a disgruntled employee, customer or loved one, a critic of the company or someone looking to cause harm. Businesses need to monitor for signs of distress such as behavioral changes, violence in the individual’s past or triggers that may encite the individual to commit a violent act. They should also monitor for things like depression or psychological issues, pathological blaming, elevated frustration levels, an interest in weapons or radical extremist movements and recent or upcoming disciplinary actions.

Providing the proper external security is also necessary. Whether it be access control to an organization’s facility, security cameras strategically positioned around the area or armed security personnel on-site, having the proper technology and personnel can help deter a potential threat. A recent study found that 49% of active threats were deterred when they were met with an equal force.

Employees should be encouraged to report any suspicious signs as well. If they see an individual bring weapons to the workplace, someone talking about a potential threat, either directly or veiled, situations that could lead to violence or employees who are known to be violent they should let the company know.

Lastly, a workplace violence risk assessment can help a business determine potential risks and allow them to implement plans designed to combat these specific dangers.

If an active threat does become present at an organization’s facility, it is important that employees are educated ahead of time on a potential threat and what they should do. A study conducted by Texas State University found that 49 percent of active shooter events between 2000 and 2010 ended before emergency personnel arrived on-site, which means that companies should include incident response procedures within the training that their employees undergo.

Organizations should implement a mass notification system that will notify employees if a threat is present. The system can send out notices via text, email and phone call to quickly and effectively make everyone aware that they need to take action.

Employees should be trained on the Run-Hide-Fight methodology. This methodology explains that individuals have three options in an active threat situation. If there is an accessible path, individuals are encouraged to run and attempt to evacuate the premises. If you decide to do this, you must be sure to have an escape route and plan in mind and be willing to evacuate regardless of whether others agree to follow. To do this, employees should be trained on the building layouts and various exits that are available to them.

If someone decides to run, you should leave your belongings behind and help others escape, if possible. You should also prevent anyone from entering an area where the active threat may be and to follow instructions of any police officer if they are on-site.

The next option is to hide. If safe evacuation is not possible, employees should be trained to find a place to hide where the active threat is less likely to find them. The hiding place should be out of the active threat’s view and provide protection if shots are fired. This location should also not trap anyone or restrict options for movement if necessary. Once employees find a place to hide, they should lock the door, blockade the door with anything heavy and close, cover and move away from windows. They should also silence any technology and remain as quiet as possible.

As an absolute last resort, and only when someones life is in imminent danger, individuals should fight back and attempt to disrupt and/or incapacitate the active threat. Individuals must act as aggressively as possible against the threat, throw items or use improvised weapons and work together to take down the shooter.

When law enforcement arrives on scene, employees should know how to act when they arrive and how to communicate. Employees should keep hands visible at all times and avoid quick movements toward officers. Individuals should remain calm and listen to instructions and avoid pointing, screaming or yelling.

Following a traumatic event like an active threat, organization’s must be willing to provide assistance to those affected both physically and mentally. Additionally, companies need to know how to handle the media attention that will likely come as a result of an active threat.

Companies should make counseling services available to those that need or request it and should also monitor for signs of Post Traumatic Stress Disorder (PTSD) among employees. An active threat can unsettle anyone and can likely leave behind scars that aren’t visible. Organizations need to be supportive of their employees and help them deal with trauma as they work through the aftermath of the situation together.

Active threats will also likely generate attention from the media and external audiences. When this happens, organizations should advise that the public stay away from the area while emergency personnel is managing the situation. Companies should cooperate with police and look to them for guidance on the matter as well. Social media should be utilized by an organization to help them release information effectively.

In today’s security landscape, active threats are growing into one of the biggest concerns for organizations. Business must be proactive in taking preventative steps, like introducing training and security measures, to help mitigate the risk of an active threat. Employees should be educated on what they need to do in the event of an active threat and be familiar with ways that they can get themselves and others to safety.

Companies need to be prepare after action steps as well, like creating and testing a crisis communications plan and ensuring that employees are taken care of following a traumatic event.

An organization’s ability to effectively mitigate potential disasters is vital in a world of growing uncertainty. With the growing risk of an active threat, organizations need to take the appropriate steps ahead of time to not only mitigate risk, but also to prepare, train and take care of their employees should an active threat situation take place.

Allied Universal®, a leading security and facility services company, provides proactive security services and cutting-edge smart technology to deliver tailored, integrated security solutions that allow clients to focus on their core business. Our acquisition of G4S in 2021 expands our footprint and infrastructure on a global and local level. Through our vast network of more than 800,000 employees, we leverage global best practices in communities all over the world. Operating in around more than 80 countries with revenues of $18 billion, we are supported by efficient processes and systems that can only come with scale to help deliver our promise locally: keeping people safe so our communities can thrive. We believe there is no greater purpose than serving and safeguarding customers, communities, and people in today’s world. Allied Universal is There for you®. For more information, please visit www.aus.com.