The U.S. energy infrastructure is the cornerstone of the economy. Without a working energy grid, daily life as we know it would grind to a halt and both health and welfare would be in danger. That is why securing critical infrastructure is considered a top priority, and is highly regulated, often subject to local and state as well as federal guidelines from organizations such NERC (North American Reliability Corp.) that govern both physical and cyber security concerns. 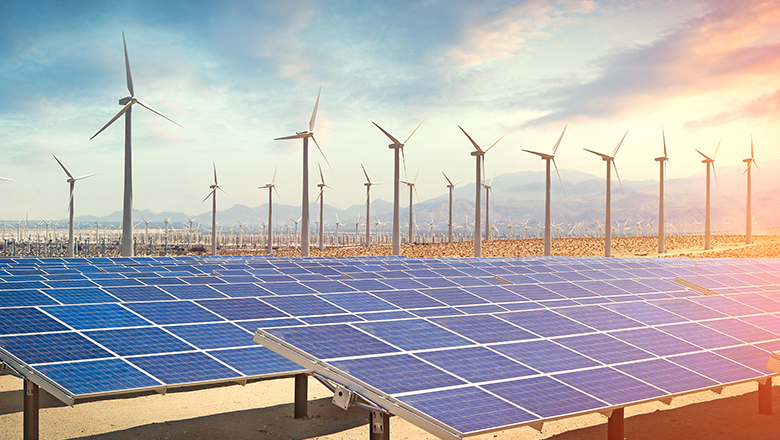 According to the Department of Homeland Security’s website, “Presidential Policy Directive 21 identifies the Energy Sector as uniquely critical because it provides an ‘enabling function’ across all critical infrastructure sectors. More than 80 percent of the country’s energy infrastructure is owned by the private sector, supplying fuels to the transportation industry, electricity to households and businesses, and other sources of energy that are integral to growth and production across the nation.”

In the overall scheme of energy sources, renewable energy — such as solar, wind and water — make up approximately 3 percent of the total energy sector in the U.S. But when it comes to securing these types of facilities they can present some unique challenges.

In the Wind Power industry, for example, the size and location alone can set these facilities apart.

One leading provider of clean, renewable wind power in the U.S., for example, provides more than 6,000 MW of owned and controlled wind and solar power facilities. They produce an economic windfall for numerous rural communities while providing clean, affordable power to customers. A single facility (out of several) has a 1.2 mile fence line perimeter.

While on the forefront of technology when it comes to new types of energy, these typically remote facilities don’t always have the most efficient or effective security they need. Here are some of the challenges and suggestions for this unique energy sector.

Wind power facilities require a lot of space. As a result, security challenges on sites like these are enormous primarily due to the size or footprint of the facilities. Wind towers can cover thousands of square miles, more than solar plants, which — though still large —are more compact than wind. When it comes to wind, the smaller the area the smaller the capacity to generate energy.

Because of these space requirements, renewable wind facilities tend to be in rural areas — the proverbial “middle of nowhere.”

In the U.S., that means that many of these facilities (both solar and wind) are situated at the Mexican border, primarily because it is rural and flat, to take advantage of the wind, and heat (for solar needs). Also, land is cheaper there. Unfortunately that also means that these facilities routinely need to work closely with the FBI and border patrol. Illegals from Mexico often run through the wind and solar farms as a way of trying to enter the United States. Other trespassers such as hikers and drug runners are also common occurrences.

In addition to space considerations, like the entire energy sector, renewable wind providers are subject to strict regulation and compliance enforcement.

The main regulatory body affecting all energy companies is NERC, but many of their regulations have not caught up to the renewable industries. The largest difference between renewable energy and the other subsectors within energy (electricity, nuclear, etc.) is that renewables are not on-demand energy. They are dependent on Mother Nature for their product. This means if a wind provider takes on a contract to provide wind energy and the wind doesn’t blow, they then have to buy a different type of energy from other sources.

NERC regulations were written with these on-demand energy industries in mind.  But as alternative energy sources have become increasingly popular, NERC has had to adjust more and more, leading to more frequent changes in requirements. It is incumbent upon the security department to stay on top of those because if you fail a NERC audit it can be very expensive to rectify.

Health safety compliance is also important because — like in any energy environment — the wrong move can kill you. So training and enforcement must be applied and kept up with.

While wind energy facilities may be considered “cutting edge” when it comes to the type of energy they supply, when it comes to how they secure it, often they rely on unsophisticated or lower security programs such as fencing, mechanical keys and locks, and similar measures. Not only are these methods not necessarily adequate, or in compliance with regulations, but they also don’t provide the most benefit for the security department.

Budgets are always a concern as well. Security is often faced with walking a fine line of balancing how to secure the sheer amount of space that needs to be covered with the capacity or resources they have to accomplish it. It often becomes a matter of how do you balance cost with value?

Due to the typical size of these operations, there is typically no line-of-sight from one end of the facility to the other at the perimeter. Thus, to be more effective they must rely on some sort of camera system.

Some of the most commonly used technologies include both standard and thermal video cameras. In the case of thermal cameras, they can provide a double benefit for the cost. Transformers are at risk of blowing up so having thermal cameras pointed at those transformers can let security know ahead of time that there is a problem with overheating.

Another technology recently introduced to the security market is drones, which can be useful in remote areas with a lot of land to cover. However, the downside is they can be quite expensive; and they still require people to operate them consistently, and possibly even an FAA license depending on the type of drone.

While the outside perimeter is always a concern, keeping safe from an outside threat is actually very little of what security does. They are just as, if not more concerned about inside threats and general safe behavior for all workers.

A common scenario for many facilities is to have their own SOC (security operations center), which typically manages the security side of the operation including intrusion detection, intercom systems, motion systems, video, alarms, identity management systems and access control. But most also operate a second operations center for operations and maintenance. Recently more utilities — and other facilities — are starting to see the benefit to combining the two for efficiency.

The rationale to combine would include keeping costs lower and finding modern efficiencies in operations, security and safety procedures. While it isn’t widely implemented yet, some utilities are moving towards this model. It is the model of the future.

One final note: Whether you are looking to upgrade from “basic” security to higher-level options, or to do a fully integrated smart facility with combined operations centers, when it comes to implementing these types of plans, it is worth consulting with a security integrator before starting a project. Not only can they help you get the best fit for your facility, those that specialize in the energy sector typically also understand best practice and compliance standards.