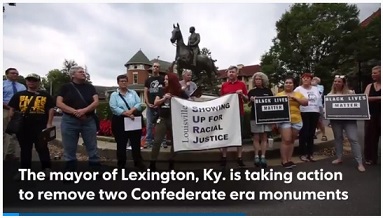 In the wake of this weekend's rally in Charlottesville, Va., white nationalists reportedly plan to gather in Lexington to oppose the planned removal of Confederate statues. Matthew Heimbach, chairman of the Traditionalist Worker Party, who is no stranger to Kentucky, told the Lexington Herald-Leader people in the area asked his group to get involved. He said the goal is to have the rally "sooner rather than later." Lexington Mayor Jim Gray announced after Saturday's rally that he intends to take action to relocate the city's Confederate statues. The white supremacist groups that gathered Saturday were drawn at least in part to the city by a vote to sell a statue of Confederate Gen. Robert E. Lee. Lexington's City Council went on to vote unanimously Tuesday in favor of removing the Confederate statues from the lawn of the former county courthouse, according to media reports — a move Heimbach and other white nationalists oppose. 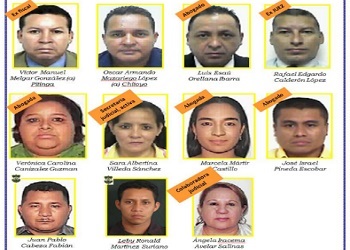 El Salvador has taken down a network of colluding officials from within its judiciary, a sign that the momentum against corruption propelled by Attorney General Douglas Meléndez remains strong. Former judges, legal assistants, lawyers and a current and former prosecutor were among at least 14 individuals captured on August 14, according to a press release by El Salvador's police. The operation is ongoing, with four outstanding arrest warrants. Authorities say the corrupt network was involved in at least 29 cases of manipulating judicial processes in favor of criminals, according to El Diario de Hoy. The detainees allegedly offered judicial benefits to the defendants, including leaking confidential information, in exchange for bribes ranging from $50 to $10,000. The ring assisted criminal suspects ranging from gang members to former Salvadoran President Antonio Saca, who stands accused of embezzlement. The latter allegedly paid a legal assistant $10,000 to obtain information on his case -- which now includes an additional charge for bribery -- according to a press release by the attorney general's office. 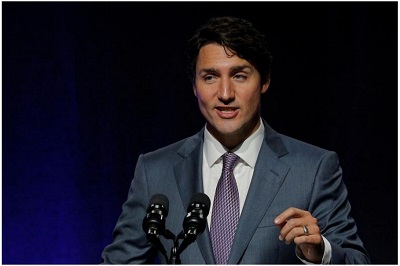 Canadian Prime Minister Justin Trudeau is considering a trip to Mexico in October to meet with Mexican President Enrique Pena Nieto, his office said on Tuesday. The visit would be Trudeau's first trip to Mexico since taking office in 2015 and come in the midst of trilateral talks to update the North American Free Trade Agreement. Pena Nieto visited Trudeau in Ottawa in June 2016. Negotiations to modernize NAFTA kick of in Washington on Wednesday. U.S. President Donald Trump has targeted both Mexico and Canada for taking unfair advantages in the trading relationship. Ottawa has suggested it could walk away from talks if the United States pushed to remove a key dispute-settlement mechanism in the trade deal. A spokesman for Trudeau said the trip is "possible" but that it is too early to confirm dates for the visit or an agenda.