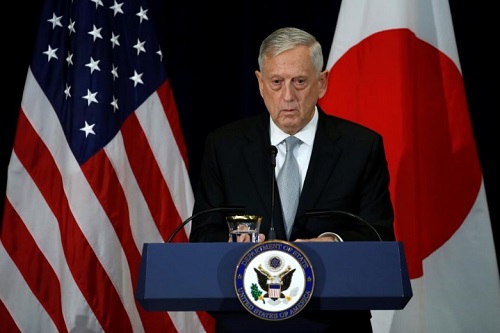 The top U.S. general restated Washington's "ironclad commitment" to the security of its close Asian ally, Japan, on Friday amid regional tensions over North Korea, telling his counterpart in Tokyo that "an attack on one is an attack on both of us". Fears about North Korea's missile and nuclear weapons programs have grown in recent weeks. Pyongyang has said it was considering plans to fire missiles over Japan towards the U.S. Pacific territory of Guam, although North Korean leader Kim Jong Un appears to have delayed the decision. U.S. Defense Secretary Jim Mattis, Secretary of State Rex Tillerson and their Japanese counterparts agreed at a meeting in Washington on Thursday to work more closely on North Korea. "The most important thing it (the ministers' meeting) did was reaffirm the primacy of our bilateral relationship here in Asia-Pacific," U.S. Joint Chiefs of Staff Chairman Joseph Dunford said at the start of a meeting with the Chief of Staff of Japan's Self-Defense Forces, Admiral Katsutoshi Kawano. 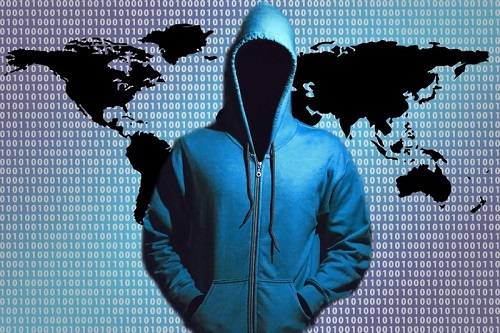 In a new report, Incapsula warns about a new type of ferocious DDoS attack that uses “pulse waves” to hit multiple targets. Pulse wave DDoS is a new attack tactic designed by skilled bad actors “to double the botnet’s output and exploit soft spots in ‘appliance first cloud second’ hybrid mitigation solutions.” The lack of a gradual ramp-up to peak traffic first caught Incapsula’s attention, as it took only a few seconds to peak. The pattern of the attack is “highly repetitive” and consists “of one or more pulses every 10 minutes.” The attacks are persistent, lasting at least an hour, but “usually for several hours or even days at a time.” The firm had “never before seen attacks of this magnitude peak with such immediacy, then be repeated with such precision.” The attackers were able “to mobilize a 300Gbps botnet within a matter of seconds. This, coupled with the accurate persistence in which the pulses reoccurred, painted a picture of very skilled bad actors exhibiting a high measure of control over their attack resources.”