The award recognizes G4S' sustained support of National Guard and Reserve service. James Dicks, the ESGR State Chairman for Florida, presented the company with the award. 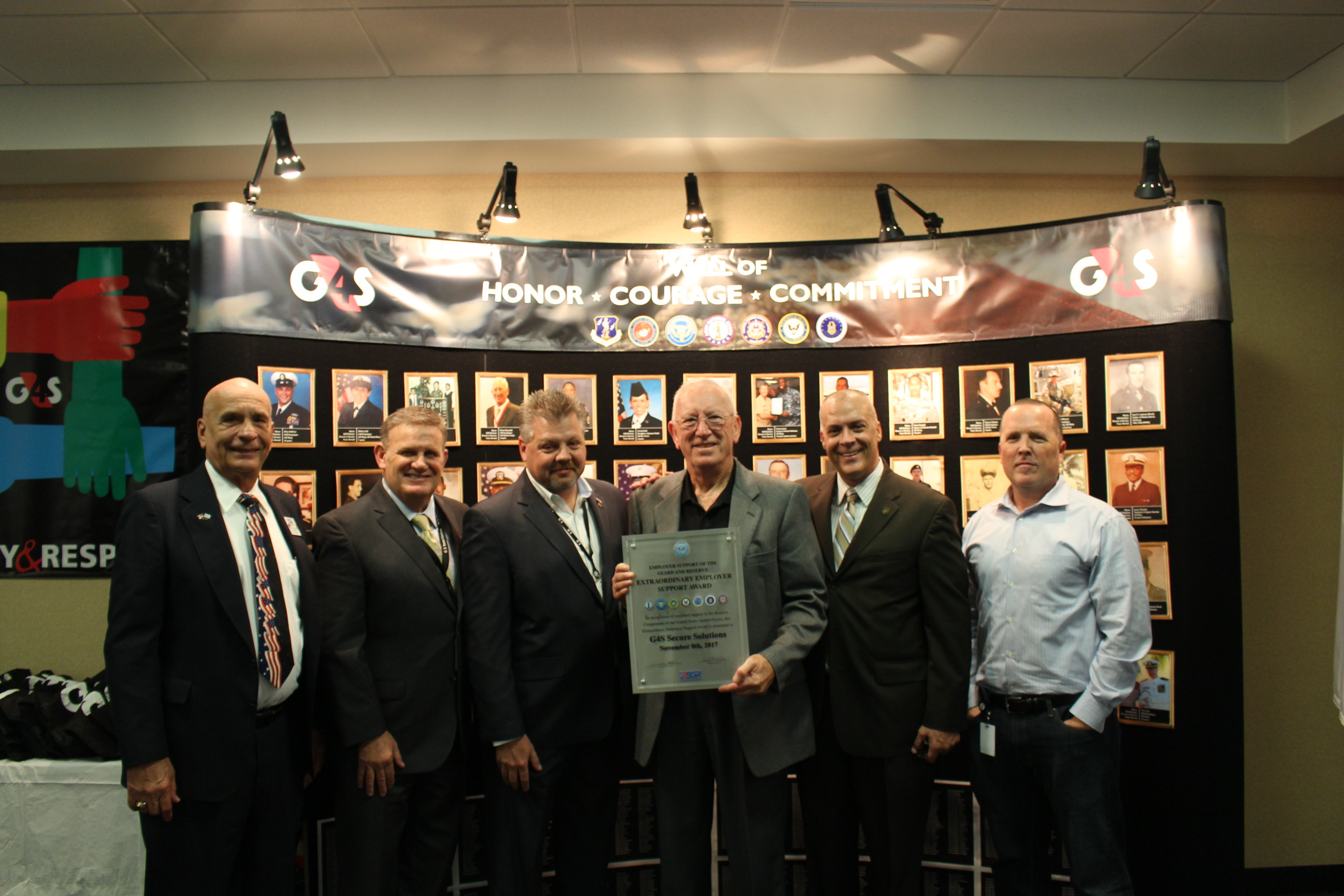 Our commitment to the ESGR mission of supportive work environments for service members is strong and we are honored to accept this award. We do this because it's the right thing to do and because we recognize that no group has contributed to our company’s success quite as much as our service members.

Also during the ceremony, Levine recognized Brian Reynolds, G4S Director Veterans Employment and Military Affairs. Levine added: “Brian – our ‘Marine for Life’ – has devoted his career to G4S and his heart and passion to telling veterans and Guard and Reserve members about the amazing career opportunities they will find at G4S.”

In order to be eligible for the award, recipients must have previously received either the Secretary of Defense Employer Support Freedom Award or the Pro Patria Award and have demonstrated sustained support of the guard and reserve for three years after receiving the award. G4S has received numerous ESGR Employer Awards including the Pro Patria Award for three consecutive years, the Above and Beyond Award and numerous G4S leaders have received the Patriot Award and Seven Seals Award.

G4S is the world's leading global, integrated security company specializing in the delivery of security and related services to customers across six continents. The group is active in more than 100 countries, and is the largest employer quoted on the London Stock Exchange with over 585,000 employees and has a secondary stock exchange listing in Copenhagen. For more information on G4S, visit G4S.us.