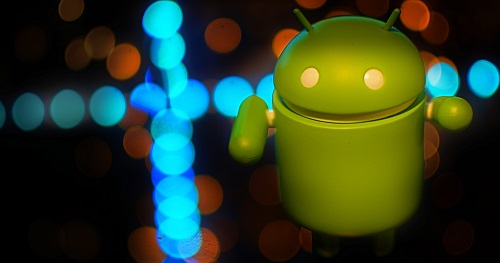 A three-pronged banking malware campaign has been infecting Android phones since the beginning of this year, according to security researchers. Attackers have been stealing credentials, planting the Marcher banking Trojan on phones, and nicking credit card information. So far, they have targeted customers of BankAustria, Raiffeisen Meine Bank and Sparkasse, but the campaign could spread beyond Vienna. The attack begins with a phishing message delivered by email to a phone, security researchers at Proofpoint explained in a Friday post. The message pretends to be from the target's bank and contains a link that often is obscured by a Web address shortener like bit.ly. The link takes the victim to a bogus bank page where the bandits request the target's bank account or PIN information. Once the hackers have that information, they instruct victims to log into their accounts using their email address and password. All the information entered at the fake banking site is harvested by the hackers.

Saudi Arabian authorities have made further arrests and frozen more bank accounts in an expanding anti-corruption crackdown on the kingdom’s political and business elite, sources familiar with the matter said on Wednesday. Dozens of royal family members, officials and business executives have already been held in the purge announced on Saturday. They face allegations of money laundering, bribery, extortion and exploiting public office for personal gain. But the sources, speaking on Wednesday, said a number of other individuals suspected of wrongdoing were detained in an expansion of the crackdown, widely seen as an initiative of the powerful heir to the throne, Crown Prince Mohammed bin Salman. Others under scrutiny are being telephoned by investigators about their finances but appear to remain at liberty, one of the sources said, adding that the number of people targeted by the crackdown was expected eventually to rise into the hundreds. The number of domestic bank accounts frozen as a result of the purge is over 1,700 and rising, up from 1,200 reported on Tuesday, banking sources said. A number of those held most recently include individuals with links to the immediate family of the late Crown Prince and Defense Minister Prince Sultan bin Abdulaziz who died in 2011, the sources said.

Texas Republican Senator John Cornyn said he’ll work with Democrats in the chamber to close gaps in national background checks for firearm purchasers after the discovery that the gunman who killed 26 people in a Texas church slipped through the system. Cornyn told reporters Tuesday that he’s talked with Democratic Senators Chris Murphy, Jeanne Shaheen and Martin Heinrich “and I think we are interested in trying to find a way to work together to deal with improving the background check system and fixing these holes.” Devin Patrick Kelley, 26, identified as the killer in the mass shooting on Sunday, shouldn’t have been able to purchase the semi-automatic rifle he used in the attack because while in the Air Force he was convicted in a court-martial of domestic abuse in 2012. The Air Force admitted Monday that it failed to report the conviction to the FBI’s national database of criminal records that is used for background checks.