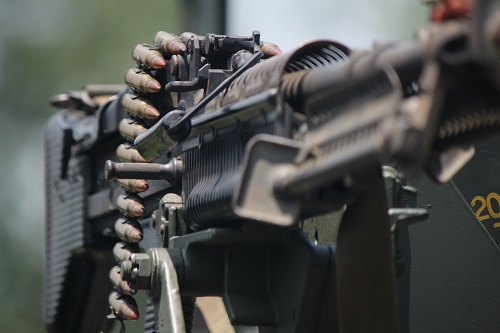 North Korean weapons were seized aboard Iranian smuggling ships as authorities seek to stamp out smuggling, a UN report has revealed. The weapons were on their way to war-torn Somalia when they were caught by an inspection looking for contraband. A UN diplomat earlier asked: “Why are Iranian and North Korean small arms finding their way into Somalia from Libya? Do they date from before the arms embargoes (against both North Korea and Iran)? How did they get there from Libya? The ships were intercepted in the Arabian Sea by a French vessel. The Type 73 machine guns were manufactured in the prison country before being sold to Iran between 1970 and 1980. 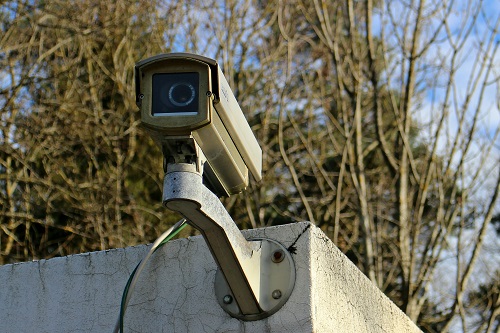 Hangzhou Hikvision Digital Technology, in which the Chinese government has a 42% share, produces surveillance equipment for China’s vast domestic surveillance network, used to keep tabs on the Chinese people. But, these cameras are also being used to monitor U.S. Army bases, embassies, streets, and homes. Hikvision cameras hang at Fort Leonard Wood in Missouri, where U.S. troops conduct basic training and exercises for nuclear and biochemical defense. The company’s equipment was also installed at the U.S. Embassy in Kabul, Afghanistan. Hikvision has been providing the Memphis police department with security cameras for a decade, and the company also sells models for consumer use in U.S. homes and offices. “The fact that it’s at a U.S. military installation and was in a very sensitive U.S. embassy is stunning,” Carolyn Bartholomew, chairwoman of the U.S.-China Economic and Security Review Commission, told the WSJ, adding, “We should not presume that there are benign intentions in the use of information-gathering technology that is funded directly or indirectly by the Chinese government.” This past summer, the Department of Homeland Security issued a cybersecurity warning for Hikvision, noting the existence of a loophole in the system that easily allows hackers, including state-owned hackers, to breach the system. Hikvision is no longer on the list of automatically approved suppliers, according to the General Services Administration, and several security vendors are reportedly either refusing to carry Hikvision products or restricting their purchase for fear that the surveillance equipment could be used to spy on Americans. 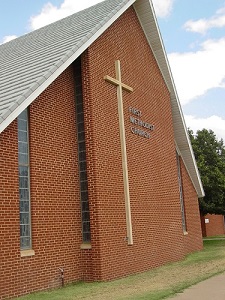 The Great Plains United Methodist Conference will be holding an active shooter training in Wichita next month. It's in response to the many questions they've been receiving after the recent church shooting in Sutherland Springs, Texas. Hollie Tapley, disaster response coordinator for the Great Plains United Methodist Conference, says when she got to her office the Monday morning after the shooting, her email inbox was full of people with questions. “Within a 30-minute period of time I had 12 churches that were wanting a training," she says. The training is open to the public and will also be live streamed on Wichita's Chapel Hill United Methodist Church website.