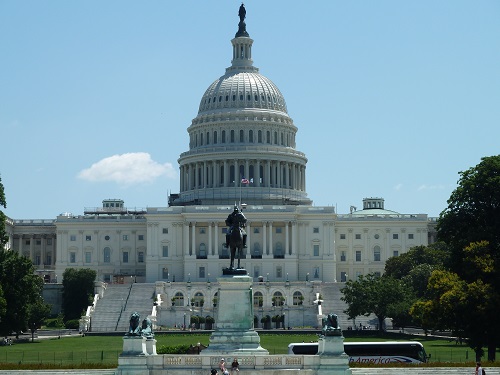 The House intelligence committee announced a bill Wednesday to renew the government’s chief foreign intelligence snooping program with some moderate changes, cutting a middle ground between civil liberties advocates who want major changes and surveillance hawks who say it’s fine as-is. The bill would grant a four-year reauthorization of Section 702 of the Foreign Intelligence Surveillance Act, which allows intelligence agencies to collect communications of non-Americans outside the U.S. Without action, Section 702 expires at the end of this year. Most of Washington is committed to a renewal, but there are deep disagreements about how many new constraints to put on the program. In addition to a four-year renewal — far less than what the intelligence community wanted — the new bill would limit how the information gleaned could be used against Americans. It also requires the court that oversees the program to annually review the way intelligence officers query the data, and demands more reporting to Congress about how the data is used and what Americans are getting snared in the collection. The measure will compete with a different version that has already passed the House Judiciary Committee, and which imposes even stricter controls on Section 702, including a full ban on so-called “about” collection. That’s a controversial practice in which the intelligence community felt empowered to snare communications that mentioned a target, even if the target wasn’t the sender or receiver. 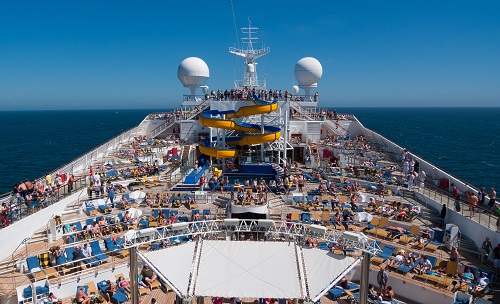 The Risk of Poor IT Security in Shipping – Worldwide

Furthermore, the global cruise industry alone generated almost $40bn of revenue in 2015. With any such lucrative industry, it is no surprise that we witness a large number of malicious actors attempting to take advantage. Recent months have seen cyberattacks targeting critical environments across the globe – from Ukraine’s power grid and Chernobyl’s nuclear power station, to shipping giant Maersk, which saw significant disruption in the wake of the WannaCrypt cyberattack. The rise in attacks against critical infrastructure highlights a shift in the cybersecurity landscape. In the past, hackers have directed their efforts towards traditional IT systems, such as the offices of white collar workers, to drive disruption or to secure financial reward. As this game of cat and mouse has escalated, both the security of IT environments and the attack capabilities of skilled hackers have risen in tandem. With improved capabilities, hackers now turn their attention to an industry in the early stages of connected IT adoption – maritime. This is not only due to a misplaced reliance on air-gapping, but also due to the use of unsecured technologies supporting critical functions. Very small aperture terminal (VSAT) is a communications system, developed by the US Navy in 1986. It is widely used in military, cargo and cruise ships, as well as offshore drilling platforms. The technology provides a link between IT systems and a satellite – allowing for internet connectivity on a ship during a voyage. Whilst this has the potential to increase efficiency by pushing the industry away from traditional communications systems, without adequate security considerations this gain can swiftly turn to loss. Due to insufficient security considerations, VSAT potentially offers hackers a backdoor into vital systems within active vessels. Hacking systems traditionally separated from the internet by many nautical miles of open ocean has in the past been prohibitively difficult. However, with the advent of internet-connected systems, particularly in areas where security is not yet mature, environments where security was previously assured now contend with the full capabilities of modern-day hackers. The risks could include live location tracking of vulnerable vessels, and in a worst-case scenario, the loss of critical function such as power and navigation. 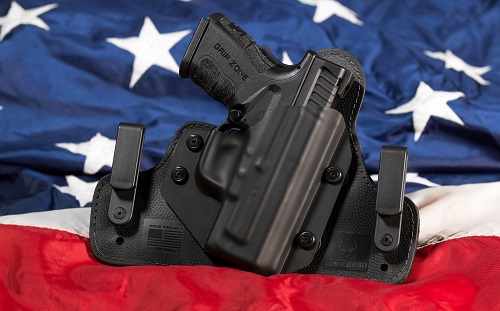 A House panel advanced a GOP measure Wednesday that would greatly expand the ability of Americans to carry concealed weapons across state lines, while also moving on a bipartisan basis to close loopholes in the federal background check system for gun buyers. The two bills are the first firearms-related legislation to advance on Capitol Hill since mass shooters in Las Vegas and Texas killed a combined 84 people. The House Judiciary Committee approved the Concealed Carry Reciprocity Act on a 19-11 party-line vote, then passed the Fix NICS Act on a 17-6 bipartisan vote. The National Rifle Association this week called the concealed-carry bill, which requires states to honor permits issued elsewhere, its “highest legislative priority in Congress.” The group says mandatory reciprocity would prevent “abuses” in states with strict firearms laws and allow gun owners “to exercise their rights nationwide with peace of mind.” Under the bill, a person holding any state concealed-carry permit and a photo ID would be able to legally carry a weapon in any other state that allows concealed carry. He or she would still be obligated to follow state or local laws governing where or what type of concealed weapons may be carried. But standards for the issuance of concealed-carry permits vary from state to state, and opponents of the bill argue that the bill would in effect force states to accept lower standards than they have set for themselves. Some states, for instance, require gun safety classes or prohibit the issuance of permits to people convicted of stalking and domestic-related misdemeanors, while others do not. The bill could come to the House floor before the end of the year, said its sponsor, Rep. Richard Hudson (R-N.C.). “I’ve been telling leadership since July we’ve had the votes, and it’s just been a matter of scheduling,” he said Wednesday.