The Israeli military said it will close border crossings into Gaza beginning Thursday until further notice "due to the security events and in accordance with security assessments." The crossings being closed, Kerem Shalom and Erez, are the only two on the Israeli border left. Israel has closed border crossings when tensions are high, some which have not been reopened to date. The territory is also under a naval blockade by the Israeli navy. Kerem Shalom is the crossing point where goods and supplies are brought into Gaza; Erez is the point where people cross. Shutting the two points effectively cuts off Gaza from the rest of the world by land, save for its small Egyptian border, which is generally closed. The territory is also under a naval blockade by the Israeli navy. The situation in the region has become increasingly heated since US President Donald Trump announced last week the United States recognizes Jerusalem as the capital of Israel and will eventually move its embassy to the holy city. Jerusalem's status is a fraught issue that many leaders have avoided. The United Nations partition plan, drawn up in 1947, envisioned the city neither as part of an Arab nor a Jewish state, but instead run separately under an international regime. Trump's move drew the ire of leaders from across the world, many of whom are concerned it could be the final nail in the coffin of the two-state solution and could provide recruiting fodder to radicals. "We shall not accept any role for the United States in the peace process," Palestinian Authority President Mahmoud Abbas said at an Organization of Islamic Cooperation (OIC) summit Wednesday. "They've proven their full bias in favor of Israel." Deadly protests broke out in Gaza, the West Bank and Jerusalem following Trump's announcement. There has also been an increase in the number of rockets fired from Gaza towards Israel.

President Trump has signed into law legislation banning the U.S. government from using products made by Kaspersky Lab, a Russian cybersecurity company accused of having ties with the Kremlin and facilitating its international espionage efforts. The annual defense spending bill signed by the president on Tuesday includes a provision, Section 1634, prohibiting the federal government from using hardware, software or services developed or provided by Kaspersky Lab, reinforcing a multi-agency directive issued in September by the Department of Homeland Security amid concerns involving the company’s antivirus software. Following the DHS directive and a warning issued earlier this month by the U.K.’s top cybersecurity official, Mr. Trump’s signature marks the latest effort by U.S. and its allies to cut ties with Kaspersky as concerns swell surrounding its supposed ties to Russian intelligence as tensions worsen between former Cold War foes. Officials in both the U.S. and Britain have said they fear that Russia may exploit Kaspersky products to compromise information from targeted networks. Neither nation has provided specific examples, but recent reporting has indicated that Russian state-sponsored hackers leveraged a Kaspersky bug at least once to siphon classified secrets off the personal computer of a former U.S. National Security Agency employee. 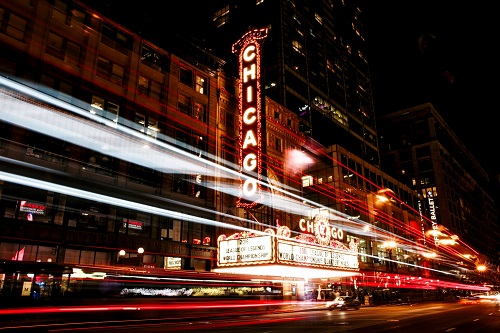 The Chicago City Council on Wednesday voted to create a task force that will look for ways to reduce the chances of an attack like the one in New York where a man drove a truck onto a bike path and struck and killed eight people near the World Trade Center in October. The goal of the Vehicular Terrorism Task Force is to come up with a plan that will include specific actions the city can take. Among the things that aldermen said the plan might include is the installation of movable barriers in front of buildings and other possible terrorist targets. Alderman Edward Burke, who pushed for the resolution on Monday through the council's Finance Committee and introduced it to the full council on Wednesday, said the task force would include other communities and law enforcement agencies. One thing the task force might do is to help create a list of people who pose a security risk that is akin to the government's no-fly list, Burke said.