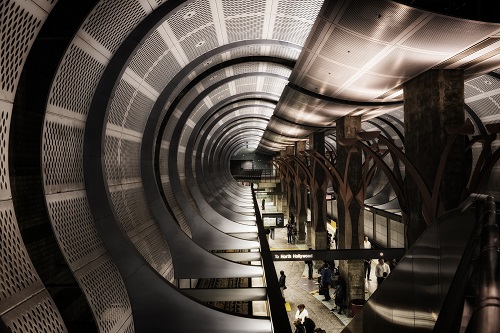 The Transportation Security Administration (TSA) is testing a new screening technology that can detect suicide vests in transit hubs and other soft-target areas, the agency announced Wednesday. While the project has been in the works for several years, the announcement comes just days after an attempted terrorist attack on a busy New York City transit hub. The TSA said it is partnering with the Los Angeles County Metropolitan Transportation Authority to test the explosive screening system, known as a stand-off explosive detection unit. The technology has already been used for big events such as the Super Bowl. The device can tell whether an individual is wearing a person-borne improvised explosive device by identifying any metallic or non-metallic objects that are blocking the naturally occurring emissions from a person’s body. If someone wearing a suicide vest walks by the unit, then an alarm is triggered. The detection system can help combat the growing threat to mass transit systems, especially as terrorists have begun to shift their targets in the face of ramped up aviation security. The TSA warned the trucking industry months ago that terrorists are increasingly turning to unsophisticated weapons and tactics such as vehicle-ramming.

Mexican Senate committees on Wednesday approved a controversial security bill that human rights groups say risks granting excessive power to the armed forces in their already checkered role in combating organized crime in the country. The bill, which enjoys some cross-party support between conservatives and centrists, will now pass to the floor of the upper house of Congress for discussion and possible approval late on Wednesday or on Thursday morning. The Law of Internal Security aims to regulate the armed forces’ role in combating drug cartels, a conflict which has claimed well over 100,000 lives in the last decade. The United Nations, Amnesty International and Mexican human rights organizations have all criticized the bill. “This law should not be approved quickly, it puts liberties at risk by giving more power to the armed forces without designing controls and counterweights,” said Santiago Aguirre from the Miguel Agustin Pro Center for Human Rights. 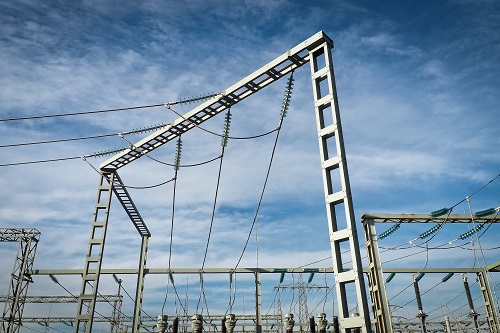 Attack will serve as a blueprint for future attacks on other industrial systems. Hackers who may have been working on behalf of a nation recently caused an operational outage at a critical-infrastructure site, researchers said Thursday. The attackers did so by using a novel piece of malware to target the system that prevents health- and life-threatening accidents. The malware was most likely designed to cause physical damage inside the unnamed site, researchers from the Mandiant division of security firm FireEye said in a report. It worked by targeting a safety instrumented system, which the targeted facility and many other critical infrastructure sites use to prevent unsafe conditions from arising. The malware has been alternately named Triton and Trisis, because it targeted the Triconex product line made by Schneider Electric. "Mandiant recently responded to an incident at a critical infrastructure organization where an attacker deployed malware designed to manipulate industrial safety systems," Mandiant researchers wrote. "The targeted systems provided emergency shutdown capability for industrial processes. We assess with moderate confidence that the attacker was developing the capability to cause physical damage and inadvertently shutdown operations."