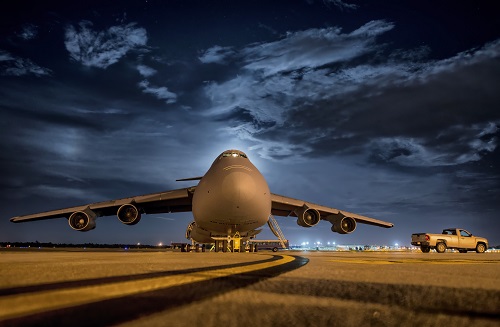 A man has been arrested after driving through a military checkpoint, getting close to an aircraft at a base in Suffolk used by the US Air Force. Shots were fired by US personnel before the 44-year-old British man was overcome by staff at RAF Mildenhall. The base was temporarily put into lockdown as Suffolk police responded to reports of what they called a "significant incident". Police said the incident was being treated as trespass, not terrorism. Supt Kim Warner, from Suffolk Police, said the man, who suffered cuts and bruises, was arrested after a "short pursuit" and his vehicle was stopped by US security services. There was "no obvious motive at this stage", he said, adding there was no wider threat to the public or the base and police were not looking for anyone else. The vehicle was brought to a halt close to a US plane, an Osprey, and it was not thought there was "any significant damage" to the vehicle or the aircraft, Supt Warner said. Suffolk Police was notified about a breach of security at about 13:40 GMT. "Shots were fired by US security, I don't know how many, but I do know that shots were fired," Supt Warner said. "It would be fair to say some of the minor injuries were probably as a result of him being apprehended," he added. The superintendent said there would now be an internal investigation by the US airbase into why guns were discharged. 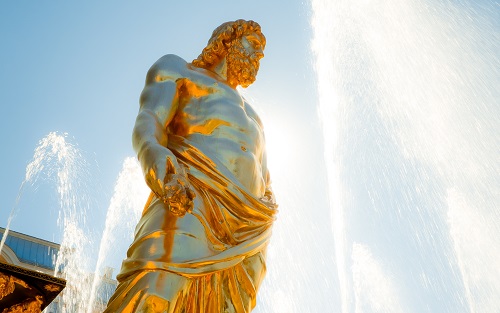 The United States provided intelligence to Russia that helped thwart a potentially deadly bomb attack in St. Petersburg, U.S. and Russian officials said on Sunday, in a rare public show of cooperation despite deep strains between the two countries. Russian President Vladimir Putin telephoned U.S. President Donald Trump on Sunday to thank him for the tip-off, which the Kremlin said helped prevent a militant bomb attack on a cathedral in the Russian city, as well as other sites. The White House did not disclose details about the plot itself, but said the attack “could have killed large numbers of people.” Neither the Kremlin nor the White House identified the would-be attackers. The U.S. warning allowed Russian law enforcement agencies to arrest the suspects before they could carry out their plans, the White House and Kremlin said. Relations between Washington and Moscow have been damaged by disagreements over the wars in Ukraine and Syria, although Trump pledged during his election campaign to pursue better ties with Moscow. 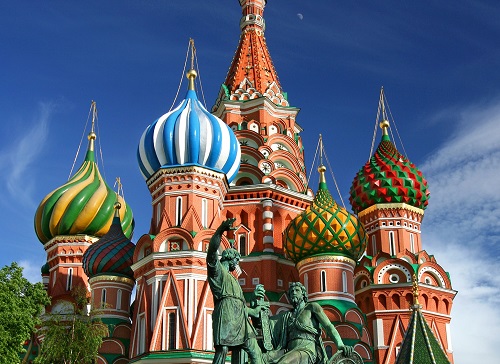 President Trump’s formal national security strategy calls out Russia for waging “offensive cyber efforts to influence public opinion” in other countries, an apparent reference to Moscow’s interference in the 2016 presidential election. The administration released the 55-page document Monday afternoon, shortly before Trump delivered remarks on the strategy in Washington. “Russia uses information operations as part of its offensive cyber efforts to influence public opinion across the globe,” the document states. “Its influence campaigns blend covert intelligence operations and false online personas with state-funded media, third-party intermediaries, and paid social media users or ‘trolls.’” The U.S. intelligence community has concluded that Russia sought to interfere in the election through cyberattacks and disinformation. Moscow’s aim, according to U.S. officials, was to undermine democracy, damage Democratic presidential candidate Hillary Clinton and help Trump. Trump has at times appeared to cast doubt on the intelligence community’s assessment, as special counsel Robert Mueller pursues an investigation into whether his campaign coordinated with Moscow.