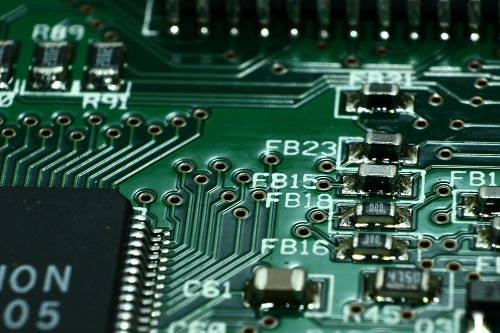 Federal authorities said a Pasadena man along with a second man who is a part-time Los Angeles resident were arrested Friday on federal charges that allege a scheme to illegally obtain technology and integrated circuits with military applications that were exported to a Chinese company without the required export license. Kiet Ahn Mai, 63, of Pasadena, and Yi-Chi Shih, 62, an electrical engineer, were arrested Friday morning without incident by federal agents. Mai and Shih, who previously worked together at two different companies, are named in a criminal complaint unsealed this morning that charges them with conspiracy. Shih is also charged with violating the International Emergency Economic Powers Act (IEEPA), a federal law that makes illegal, among other things, certain unauthorized exports. The complaint alleges that Mai and Shih conspired to illegally provide Shih with unauthorized access to a protected computer of a United States company that manufactured specialized, high-speed computer chips known as monolithic microwave integrated circuits (MMICs). The conspiracy count also alleges that the two men engaged in mail fraud, wire fraud and international money laundering to further the scheme.

A State of Emergency declared in Jamaica in the parish of St James, where the island’s tourist capital Montego Bay is located, has triggered the United Kingdom and Canada to issue travel advisories for their citizens in the area. The State of Emergency was declared by Prime Minister Andrew Holness last Thursday, in the face of a growing crime problem in the north western parish where 335 murders were committed last year. That same day, the British government advised its citizens to stay indoors as much as possible. “You should follow local advice, including restrictions in selected areas. You should limit your movements outside of resorts in the area at this time, and exercise particular care if travelling at night. Travel to and from the airport or for excursions should be undertaken with organized tour operators, and transport should be arranged or provided by the resort hotels,” the Foreign Office advised. A day later, the Canadian government issued similar advice. It urged its citizens to exercise a high degree of caution at all times. “If you are staying at a resort in the affected area, restrict your movements beyond resort security perimeters. If you do travel outside these perimeters, use transportation arranged or provided by the resort. Use organized tour operators for excursions and travel to and from the airport. If you are in the affected area, be extremely vigilant, follow the instructions of local authorities and monitor local news,” it said.