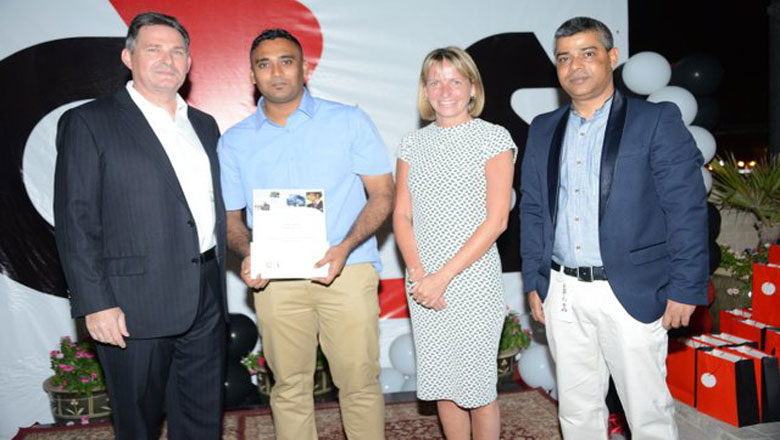 Awardees received their recognition at G4S Bahrain’s Annual Employee Awards Ceremony held in Juffair last month. Ten other award recipients were also honoured, including winners for Long Service Award, Employee of the Month, Best Performer Awards and Special Support Award. In addition, 23 Certificates of Appreciation and gift bags were also given to frontline employees for their hard work and dedication.

G4S is the world's leading global, integrated security company specialising in the delivery of security and related services to customers across six continents.

The group is active in around 100 countries, and is the largest employer quoted on the London Stock Exchange with more than 585,000 employees and has a secondary stock exchange listing in Copenhagen.