G4S Chief Executive Officer Ashley Almanza said, “During 2015 we made substantial progress with the strategic and operational transformation of G4S 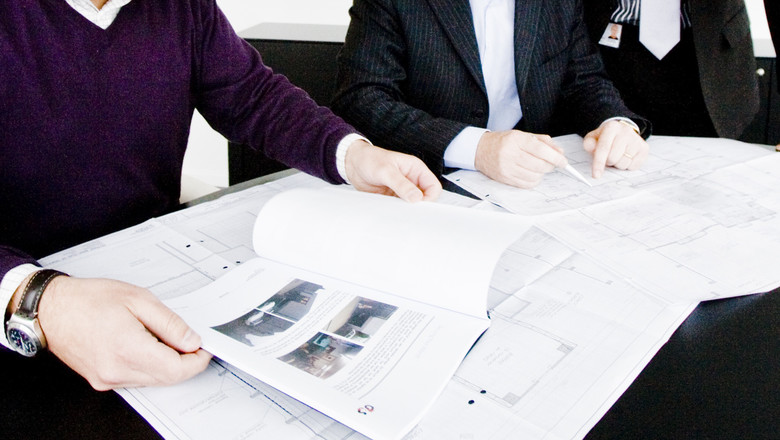 Our portfolio management programme combined with our investment in sales, innovation and re-structuring is reflected in the results of our continuing operations where the group’s revenues rose by 4% and underlying earnings rose by 14%.  These programmes remain a priority and are expected to sustain our growth and strengthen our balance sheet.

We continue to actively manage our onerous legacy contracts in the UK which were entered into prior to 2013. We have had to increase the provisions in relation to these contracts. We have also established robust controls governing new major contracts.

Against a background of global economic uncertainty, demand for our services has remained resilient and growth accelerated in the second half of 2015, providing good support for further operating and financial progress in 2016.”

The group’s statutory earnings  of £8 million is after charging onerous contract provisions of £65 million, restructuring of £44 million, losses on businesses being sold or closed of £40 million and non-cash charges of £106 million relating to the amortisation/impairment of goodwill.

“During 2015 we made substantial progress with the strategic and operational transformation of G4S. Our portfolio management programme combined with our investment in sales, innovation, productivity and re-structuring supported the group’s 4% revenue growth, 6% PBITA increase and a 14% increase in underlying earnings.

Against a background of economic uncertainty, demand for our services has remained resilient and revenues grew in all regions apart from the UK. In emerging markets our revenues grew by 8.6% and in North America our revenues rose by 5.8%. Our revenues in UK & Ireland were 3% lower and in Europe our businesses returned to growth with revenues up by 3% year-on-year.

Underlying operating cash flow was £460 million compared with £528 million in 2014 mainly due to a temporary increase in working capital associated with the strong growth in the second half of 2015 of 5.4% and the temporary impact of transitioning to a shared service centre in the UK, which reversed in the first two months of 2016.

Underlying earnings and EPS increased 14% to £227 million and 14.7p respectively. The board is recommending that the final dividend is maintained at 5.82p per share (DKK 0.5615), bringing the total dividend for the full year to 9.41p per share, a 1.8% increase.

The group made substantial progress with the strategic plan established in November 2013:

Growth: Against a background of economic uncertainty, we won new contracts with an annual value of over £1.3 billion (2014: £1.14 billion) and total contract value of £2.4 billion (2014: £2.1 billion) whilst, at the same time, replenishing our pipeline which had an annual value of £5.7 billion at the end of 2015. We continue to sustain contract retention rates of around 90% although lower volumes drawn under these contracts has partially offset the positive impact of new contracts. In the current economic environment we expect demand for our services to grow by around 4-6% per annum.

We continue to identify and invest in opportunities to innovate and sell new services and products, including systems and technology, in our key markets. We are also investing in progressively embedding a consistent approach to sales operations, pipeline and account management and customer service improvement.

Productivity: We continued to invest in improving our efficiency through the successful execution of our re-structuring and productivity programmes and the positive effects of these are reflected in the group’s commercial, operational and financial performance for 2015. We expect to extract further benefits in 2016.

Through our continuing portfolio management programme, we also expect to exit a number of other businesses with combined revenues of c.£400 million in the next 12 to 24 months including G4S Israel, UK Utility services, US Youth Justice services and UK children’s services. We expect the sale of these businesses and the 38 businesses previously identified, to materially improve our strategic focus and to realise further sales proceeds of between £250-350 million.

We continued to effectively manage onerous legacy contracts in the UK.  As a result of a material increase in the number of asylum seekers we received between November 2015 and January 2016, we have increased the Compass onerous contract provision by £20 million to £31 million. We have also increased the onerous contract provision on a number of other legacy UK contracts.

We continue to manage these contracts closely and efficiently and we have established robust controls over new contracts to ensure that the group effectively evaluates and manages contract risk. During 2015 these controls have been reviewed and tested by our Group Risk and Group Internal Audit functions to ensure that they are robust and their work has been reviewed by the Board Risk Committee.

Following the appointment of new external auditors, we conducted an extensive review of accounting and reporting across the group and have restated 2014 statutory earnings by £7 million (decrease) and cash flow from operating activities by £10 million (increase).

The group’s business plan supports a net debt/EBITDA ratio of 2.5x or lower in the next 12-24 months.

People, Organisation and Values: We continued to strengthen our organisation by investing in talent via recruitment, internal development, promotion and training. We created two new regions – Asia Pacific and Middle East & India (replaces Asia Middle East) which brings additional capability and focus to these important markets.

These will be reported as separate regions from 1 January 2016. We have updated our group values and we re-launched our ‘Speak Out’ service for employees to raise any concerns they have about conduct which is inconsistent with our values. Recent events at our UK Medway facility underline the importance of this on-going programme.

Outlook
Against a background of global economic uncertainty, demand for our services remained resilient and growth accelerated in the second half of 2015, providing good support for further operating and financial progress in 2016.

In the current economic environment we expect medium term demand for our services to grow by around 4-6% per annum.”