An Ever Evolving
Monitoring Landscape 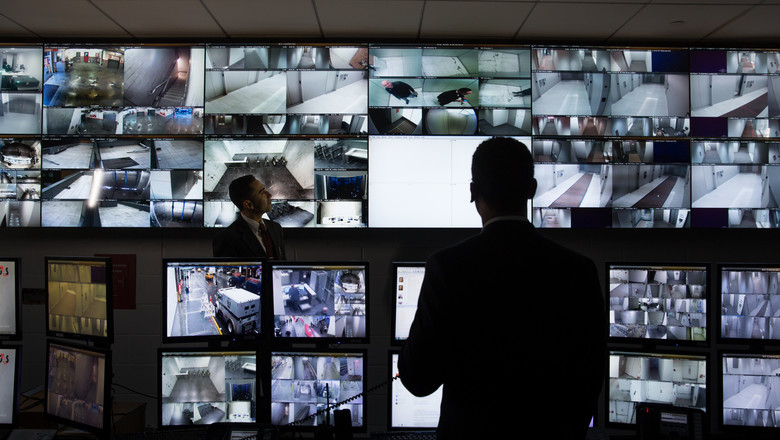 Security Solutions Technology
The monitoring and response landscape is forever evolving to become more effective, more efficient, and to stay ahead of any threats, writes Curtis McClements, Head of Monitoring Operations for G4S in the UK and Ireland.
07 Dec 2021
Share:

The monitoring and response landscape is forever evolving to become more effective, more efficient, and to stay ahead of any threats - because they never stop evolving.

As Head of Monitoring Operations for G4S in the UK and Ireland, I’ve seen sites of all shapes and sizes greatly improve the security of their employees and assets with an effective monitoring and response service. We have thousands of clients in the UK, so we speak with vast experience, and they benefit from our unique position to provide full end-to-end monitoring and response services - rather than signing up to multiple providers for different services.

Across the world, we continue to innovate and explore the ways that new technology and methods can improve our services. Take drones, for example. A couple of decades ago they were still largely an invention of sci-fi films, but it’s no longer unusual to see drones kitted out with various tech, monitoring vast areas of land far more quickly than vehicle patrols and guards ever could.

The new technology is incredible, however I want to focus on an area of monitoring that will be more familiar to people, but remains absolutely fundamental: good old CCTV.

Saying “old” is actually doing a disservice to CCTV, because it is advancing all the time. Nowadays, it bears little resemblance to the grainy, static black and white cameras that took off back in the 70s.

One of the most important developments is the improved camera resolution. We’ve all seen TV programmes like Crimewatch in the past where the alleged perpetrator is staring straight into a CCTV camera, yet the resolution is so poor that the police still can’t identify them. Now, the cameras that we offer provide clear, high definition footage, which allows for much quicker and more accurate analysis of threats (both by control room operatives and artificial intelligence, which I will come on to later). The clearer footage also creates better evidence for the police.

Technology such as thermal imaging and motion sensors have also become far more standard in recent years, which increase the ability to detect and identify threats.

The advances in CCTV, and high speed connectivity, are such that it is rarely necessary to have monitoring teams permanently on site anymore. They can deliver a better service remotely from our remote service centres with the best tech and industry experts. This saves the client money as they do not need to maintain their own onsite control room. The integration between CCTV and access control technology also means that site access can be managed remotely too, and when a physical response is required it can be coordinated and managed from the same team.

The developments I’ve highlighted so far may not come as a surprise, especially to anybody working in the security industry, however it is the opportunities that these advances give us to change the role that CCTV plays that are particularly exciting.

Above all, CCTV is no longer a reactive form of surveillance. It’s part of a proactive response.

For example, a lone worker for a client was recently the victim of an attempted robbery, which was detected by our operator on the CCTV. Previously, the quickest option would be to dispatch a response team and call the police, both of whom would often be on the scene in minutes, but up until they arrived the aggressor and the worker wouldn’t know for certain a response was coming.

Now, CCTV is a two-way street. From the control room, our operator instantly used the speaker function fitted to the CCTV and told the man that everything he did was being recorded, and police were on their way. This stopped the robber in his tracks (who was soon apprehended by police) and quickly reduced the risk to the lone worker. As a result, our monitoring stations that were essentially used to receive and process alerts have been transformed into remote service centres.

We also fit the CCTV with bright spotlights operated from the control room. These have a double benefit of distracting and deterring trespassers, but the shock of the sudden spotlight often causes them to turn and stare straight at the light which helps with identification and prosecution.

With all of these advances brought together, my message is that site owners can rely on CCTV to deliver so much more than they might expect. That’s a message that some are still not ready to accept.
CURTIS MCCLEMENTS, HEAD OF MONITORING OPERATIONS G4S UK AND IRELAND

Ask anyone who has worked in CCTV monitoring in the last few decades what their biggest gripe is, and I’m confident that many will say false alarms. I certainly wouldn’t argue with them. In the past, control room operators and response teams may have had to deal with multiple false alarms in one evening at the same site, caused by any number of factors, including animals.

This was a waste of money for customers who often incur a cost everytime a response team is dispatched. It was also challenging for the resilience of the operators and response units.

Now, advances in AI can instantly weed out false alarms from genuine threats. Last year, G4S partnered with the company Calipsa whose cloud based AI technology can instantly filter out true alarms, such as human or vehicle based movements, from a variety of other motion triggers that could cause false alarms. Since bringing Calipsa onboard, false alarms have reduced by 84%.

With all of these advances brought together, my message is that site owners can rely on CCTV to deliver so much more than they might expect.

That’s a message that some are still not ready to accept, and we see businesses that are set on the old ways of patrol vehicles circling their large perimeters day and night, providing limited coverage at any one time (not to mention unnecessary vehicle emissions). CCTV can now monitor the whole site at all times, quickly analyse threats through a combination of AI technology, and human analysis in the control room, and even respond to a threat without the need to dispatch a team or call the police. Though, of course, when a site response is needed it simplifies things significantly if it is delivered by the same security company that performs the CCTV surveillance.

CCTV doesn’t need a break, it does not sleep, and it remembers everything. It’s more effective. It saves time. It saves money. And, it’s more environmentally friendly.

Allied Universal®, a leading security and facility services company, provides proactive security services and cutting-edge smart technology to deliver tailored, integrated security solutions that allow clients to focus on their core business. Our acquisition of G4S in 2021 expands our footprint and infrastructure on a global and local level. Through our vast network of more than 800,000 employees, we leverage global best practices in communities all over the world. Operating in around more than 80 countries with revenues of $18 billion, we are supported by efficient processes and systems that can only come with scale to help deliver our promise locally: keeping people safe so our communities can thrive. We believe there is no greater purpose than serving and safeguarding customers, communities, and people in today’s world. Allied Universal is There for you™. For more information, please visit www.aus.com.
Related Articles 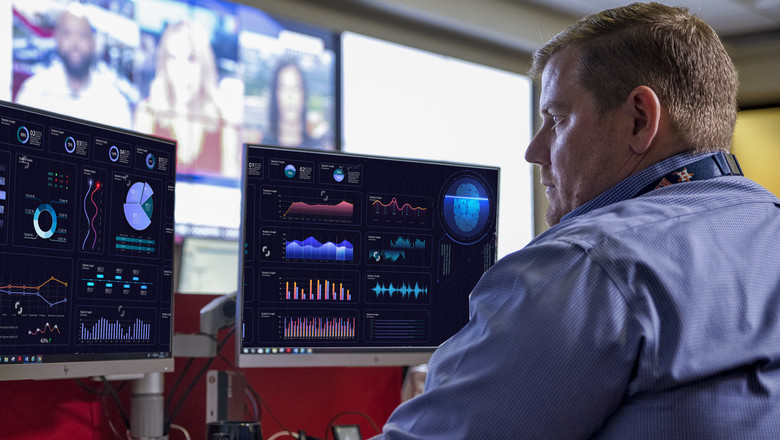 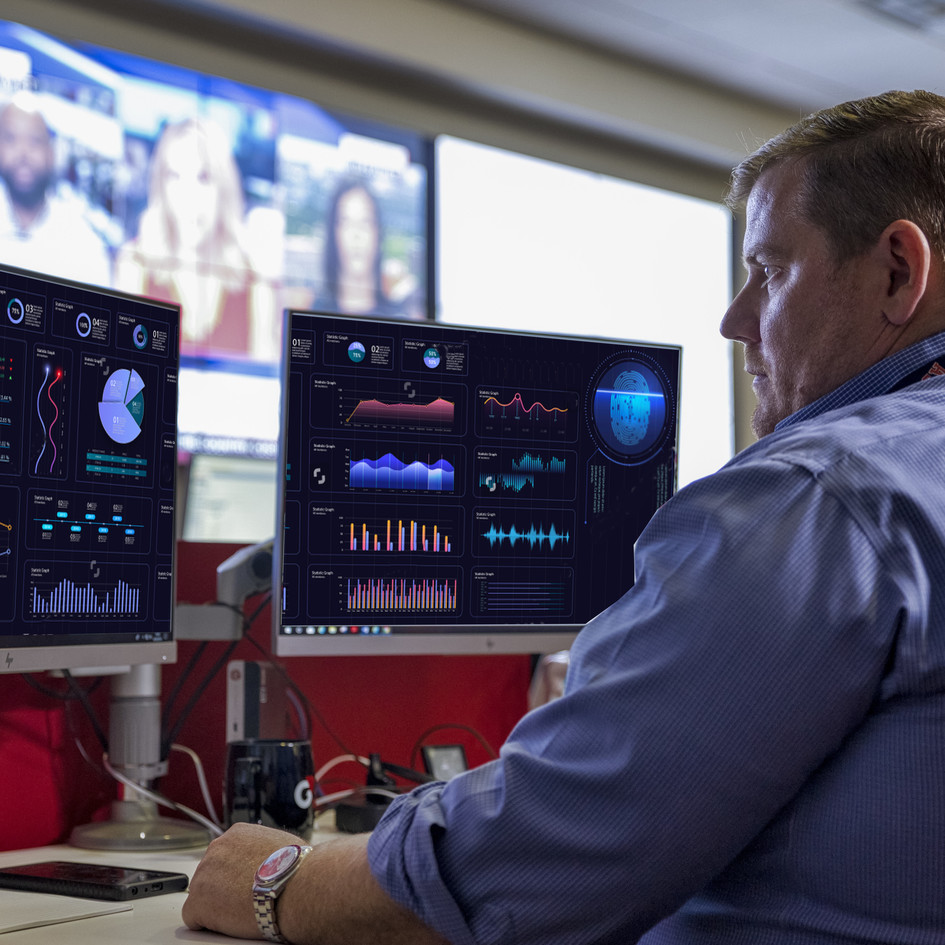 How smart security tech saved a research institute 60,000 USD a year
At a US-based research institute where employees work on highly sensitive projects supporting governments, organisations and universities across a wide range of industries globally, strict security and smart tech allow the team to keep a watchful eye on multiple sites, from one location.&nbsp; 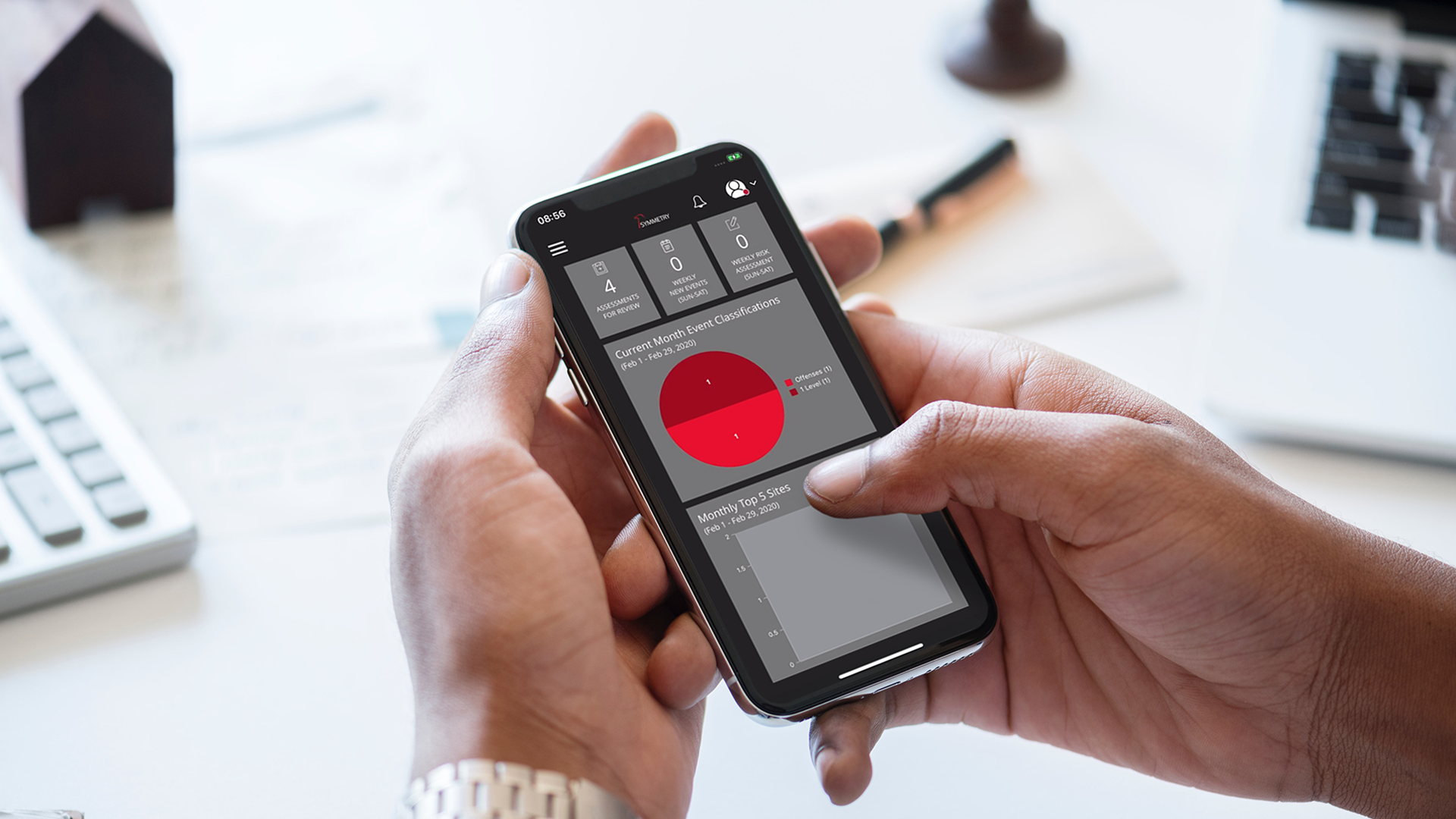 Why SYMMETRY INCIDENT MANAGEMENT is a global security industry game-changer
Our Symmetry Incident Management software has been redesigned for the future. Allison Maffei, Vice President of Managed Services at G4S North America, explains why Version 7 will have a truly global impact.