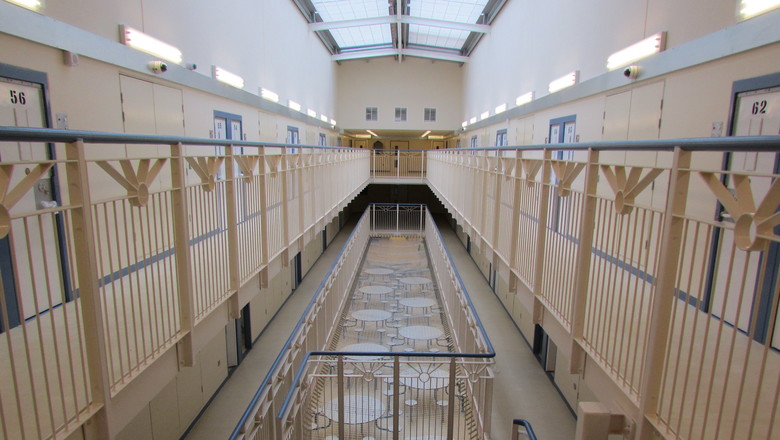 A new extension at one of the best performing prisons in England and Wales opened this week, increasing capacity at the facility by almost 400 places. HM Prison Parc will now be one of the largest prisons in the UK, able to house more than 1,700 prisoners.

HM Prison Parc, a category B prison near Bridgend in South Wales, has been managed by G4S since it opened in 1997. In the latest inspection report, it was described as an innovative and forward-looking establishment, with the Chief Inspector of Prisons describing it as one of the best performing prisons in the country despite its size and complexity.

The prison holds almost 1400 male adults and 64 young offenders under the age of 18 in its separate juvenile unit. The extension of three wings around a central core consists of 216 cells, 45 built to accommodate a single occupant, and 171 built to accommodate two occupants.

Around £35 million has been invested in effective and efficient prison spaces and ancillary facilities, built to provide 21st century custody. Once the new house block reaches capacity, expected to be early summer 2015, the prison will employ 724 people, an increase of 80.

The extension to the prison also includes a new workshop, a gym, visitor’s centre and gate house. The workshop will provide vocational training as well as part of the prison’s already strong focus on education.

As well as creating more jobs for the area, the new house block allows more prisoners to be nearer to their homes and families; shown to be an important factor in helping prisoners in their rehabilitation on release

“We are very proud of the new extension which we have delivered on time and on budget. It will provide more space to build on our achievements here at Parc.

“What is important for us is to release our prisoners as better citizens than when they came in, and the rehabilitation facilities and vocational training that the new extension provides will help us to do that.”

“The new wing brings new challenges to the staff at Parc Prison to maintain and expand the range of rehabilitation approaches they offer. I am proud of the prison’s reputation for innovation and I wish the new development well.”