G4S, the world’s leading security company, has commended the courage and professionalism of its employees involved in the response to the terrorist attacks at Brussels airport and Maelbeek Metro Station in central Brussels in March 2016. 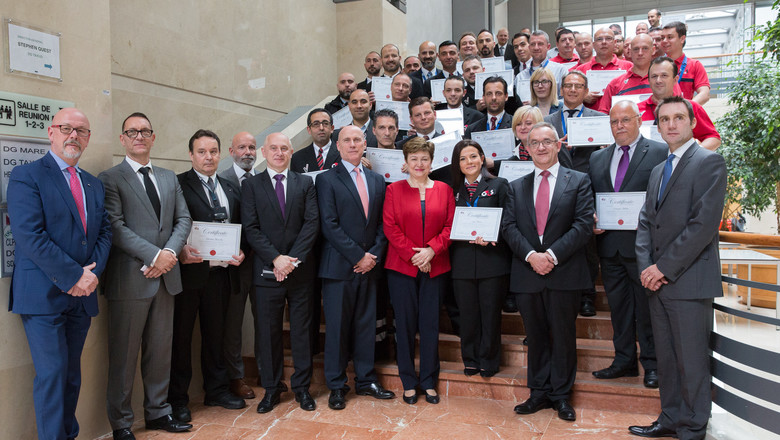 G4S Group CEO Ashley Almanza attended ceremonies at both sites on Tuesday 21 June to pay tribute and express gratitude to those involved.

G4S Belgium provides passenger and baggage screening, access control and hospitality services at Brussels Airport, and secures a number of EU institution buildings in the vicinity of Maelbeek Metro Station. In the immediate aftermath of the terrorist attacks, more than 70 G4S security officers acted with professionalism and courage to help ensure the safety of fellow colleagues and members of the publicand to provide immediate assistance to injured travellers and co-workers.

G4S security officers and operational staff were among those first on the scene after a bomb detonated on a train pulling out of the Metro station, killing sixteen people. In addition to providing assistance to evacuate passengers from the Metro, G4S officers and staff immediately set up an advance medical aid station and treated and comforted the injured inside the nearby G4S offices.

A second commendation ceremony took place at Brussels Airport, where during the attacks two bombs detonated, killing sixteen people. G4S staff, four of whom were injured in the attacks, provided aid and assistance to many of the injured and led co-workers and members of the public to safety. Mr Ward Decaluwe, Director of Operations at Brussels Airport co-hosted the ceremony with Mr Almanza and praised the courage and solidarity shown by G4S both during the attacks and in the weeks and months since,

“The actions of G4S colleagues on March 22nd speak louder than words, as they rose above the fear and confusion and acted bravely to help others in need. We are immensely proud of each and every one of our colleagues involved.”