To secure its best-selling single malt whisky and production facilities, the famous Glenmorangie company works closely with G4S to provide the very best security solutions to its sites.
Read more

Securing the need for speed: G4S at the TT

10 Jun 2019 13:55 With a population of around 80,000 people, the Isle of Man’s inhabitants increases by half for four weeks annually. Every June, the island hosts the TT races, one of the most dangerous motor sport events in the world. G4S plays a vital role in keeping the public, riders and spectators safe
Read more

Steeped in history and surrounded by the crystal clear waters of the Aegean Sea, the Greek island of Rhodes is one of Europe’s most popular tourist destinations. With many of the holiday-makers arriving by sea, the Rhodes Port Authority put together a tender for a security technology programme that met the International Ship and Port Facility Security Code (ISPS).
Read more

Delivering medical care in complex and conflict-affected areas is fraught with challenges, making healthcare provision and the protection of carers an essential part of the overall service provided by G4S.
Read more

G4S teams up with the Canadian Mounties on counter terror programme

09 May 2019 14:00 The Royal Canadian Mounted Police has opened up its counter terrorism workshop to the security industry. G4S in Canada was the first security company to partner with the RCMP and host a three day workshop with officers and customers from across the country.
Read more

From the Skies to the Sea: how G4S helps keep holidaymakers safe at Port Zeebrugge

When designing a new screening process for cruise ship passengers at a major European port, G4S was able to draw on its significant airport screening expertise to establish the most effective security solution.
Read more

G4S announces that by mutual agreement with the Ministry of Justice (MoJ) it will permanently transfer the management of HMP Birmingham to Her Majesty’s Prison and Probation Service (HMPPS) with effect from 1 July 2019.
Read more

G4S Cash Solutions Ireland has opened its new state of the art National Cash Centre in Dublin, which will serve over 3000 businesses and financial institutions across Ireland. With almost 10,000 square metres of space, the new cash centre is G4S’s largest facility of its kind across the G4S global network.
Read more

28 Feb 2019 10:30 The world took notice when two of the biggest gold nuggets ever discovered were found in Australia last year, and G4S was on hand with decades of experience to securely take them on an international tour.
Read more

Breaking the cycle of e-bike thefts

20 Feb 2019 11:30 Theft of electronic bicycles in the Netherlands has become a significant issue in recent years. Now, a new track and trace security solution developed by G4S and AXA has made it a lot harder for thieves to get away with it.
Read more

12 Feb 2019 11:57 Cash will remain a very important means of payment for years to come in Africa, according to the G4S World Cash Report being presented at the Africa and Middle East Cash Cycle Seminar (ICCOS) in Accra, Ghana, today.
Read more

G4S clears a path to safety in South Sudan

29 Jan 2019 08:54 As organisations collaborate to support peace building and post-conflict development in South Sudan, G4S is identifying and removing explosive remnants of war in the country’s most affected areas, working with communities to understand the risks they pose.
Read more

Reconstructing a city that survived ISIS: how G4S contributes to the rebuilding of Iraq

15 Nov 2018 13:15 Under the management of the United Nations Mine Action Service (UNMAS) and together with Al Saqar, the in-country Explosive Ordnance Disposal partner, G4S is helping people to restore their lives and re-occupy their city, and use the infrastructures and basic facilities that they once enjoyed.
Read more

Find out more information on G4S from the Group and UK newsrooms.

Our views section provides a wealth of thought leadership materials, from press articles to speeches, discussion papers and surveys.

Open source technology: why the security industry must embrace a more open approach

Consumerisation and the commercial security market

Corin Morgan-Armstrong, Head of Family Interventions, for G4S custody and detention services in the UK, explains how HM Prison Parc in Wales is showcasing the benefits of prisoner rehabilitation through its Invisible Walls project
Read more

Security and drones: A force for good

Senior Director of Cloud and Enterprise Solutions for G4S, Joe Young explains why the increasing use of drones among consumers, organisations, governments and industries is an exciting opportunity to develop the security ecosystem
Read more

Parliament should not become a fortress

It might seem paradoxical for a security expert to question calls for tighter security, but the UK should think twice before turning the Palace of Westminster into a fortress.
Read more

Our lead for the prisons we manage in England and Wales, Jerry Petherick, on tackling violence and improving safety for officers and prisoners.
Read more

Our media library contains high resolution pictures and broadcast quality b-roll of our operations around the world for editorial use.

G4S MEDIA TEAM CAN BE CONTACTED BY JOURNALISTS VIA:

Our strategy addresses the

and our enduring strategic aim

is to demonstrate the values

and performance that makes

G4S the company of choice

for customers employees and 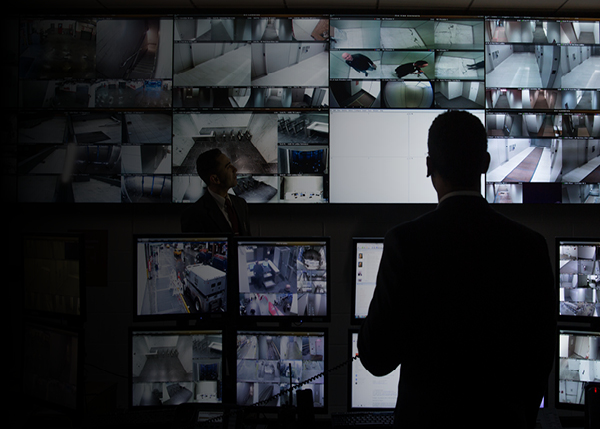 Being a sustainable,
ethical business is
key to the ongoing
success of G4S.
Read our report here 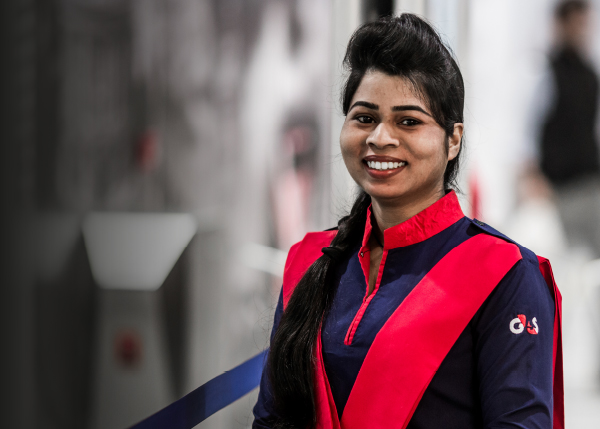