Our colleague Aleksandar Vojinović has loved fishing and uniforms since childhood. 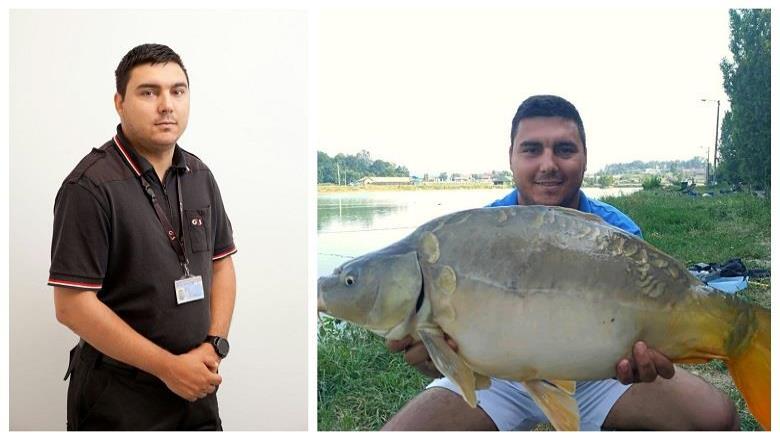 I won a spot among Serbia’s top 36 and a chance to compete in the local Champions League. My goal was only to enter the League, but after six rounds in 3 different waters, I won third place and become a member of our national team. Dream of many who have been competing for ten years, but have not still succeeded, came true for me in only one season. Sport fishing has become my life.
ALEKSANDAR VOJINOVIĆ, SECURITY OFFICER

"My competitive spirit makes me always do my best and always win",  says Aleksandar. Another important success is the team's third place at the World Cup in Portugal (Cabecao) in 2018.

Aleksander has been part of the G4S team since 2014. He loves his job because of communication with people and teamwork. He has been working in a private school for five years. "I love working with children and I like to take care of them, of course. The uniform has also been my love since I was little" .
When we asked about his plans for the period ahead, Aleksandar said he would like to join the World Cup again and to maybe, in the future, get promoted too.