Prisoners' families at the heart of rehabilitation and reform

Head of the family interventions unit at HMP Parc in South Wales, Corin Morgan-Armstrong, on the family as the crucible of reform 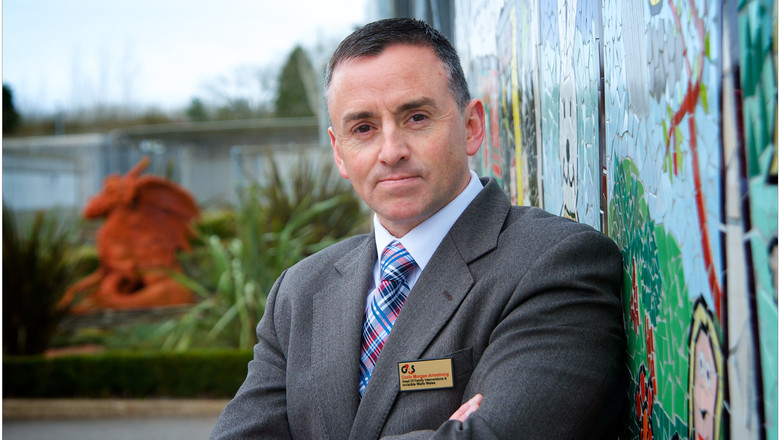 The sacred flame – family at the heart of rehabilitation and reform

Evidence has been mounting for years which helps quantify what happens to families when a parent is sent to prison and loses meaningful contact.  There are more than 200,000 children in England and Wales with a parent in prison, which is two and half times the number of those in care and over six times the number on the Child Protection Register.  Of these, six out of ten boys with a convicted parent are likely to end up in custody themselves.

On the inside, prisoners unable to maintain ties are up to six times more likely to re-offend within the first year of release when compared with those who do.  The Ministry of Justice for England and Wales’s resettlement survey in 2008 found that offenders who received at least one visit during their time in custody were 38 per cent less likely to re-offend than those who received no visits at all.

It was this evidence that led us to establish the “Invisible Walls” model with the opening of the UK’s first family interventions unit for male prisoners at HMP Parc in South Wales in 2010.   The focus on the family as a means of motivation for improvement for both the family and self is what we call the “sacred flame”, which we aim to amplify across as many different areas of an offender’s life as possible.  Our aims are very clear; reduce the risk of the prisoner re-offending, reduce the risk of their children following in their footsteps and reduce social exclusion of families in their local community.

This means we had to change our prison culture to maximise the opportunities for engagement of the whole family.  Instead of seeing prison visits as a dry, austere daily function with a prime focus on security for example, we now see them as an opportunity for rehabilitation.  While we have achieved this change in culture, it requires constant attention to maintain.  Five years in, we have an uptake of regular visits of 69 per cent against a UK average of 48 per cent, security seems to have improved with an 82 per cent reduction in drug dog indications on prison visitors and significantly a 99 per cent drop in alarms and removals from the hall.

We have also secured funding through the BIG Lottery Fund to create a dedicated family interventions unit, which supports both prisoners who are willing to make a change and their families on the outside.  The prisoners who come on to this wing must have demonstrated commitment and compliance with the regime elsewhere in the prison and they know that there is no place for anyone who disrupts the unit or doesn’t abide by our rules.  Everything we do has responsibility, self-betterment and the concept of the ‘family man’ at its core.  We have also established a parents’ evening, which takes place every term in the visits hall so the men can stay properly linked in with their children’s progress at school.

At the start of year four of the Invisible Walls programme, our prisoner reconviction rate is six per cent, and although still a small cohort, on a larger scale we have graduated over 400 men through the family interventions unit in five years.  Our own anecdotal tracking suggests less than a third have been convicted and we working with the Ministry of Justice’s datalab to review our work.  Perhaps more importantly, school attendance of children from supported families has increased and not one child is now assessed on leaving the project as ‘isolated’ from their peers at school or in their community.  We are sharing our experience with colleagues from across the UK as well as in Malta, Uganda, the Netherlands and Ireland and I am delighted to share our learning at the International Corrections and Prisons Association annual conference in Melbourne this week.

This programme requires prisoners to ask some very profound questions of themselves to understand what they have done both in terms of their offending and the consequences on their families.  For too long, family interventions work in prison has been seen as a soft option, lacking credibility or relevance.  What we have evidenced is that on the contrary, it is a central causal factor within reducing reoffending probabilities and preventing children of prisoners following in their parents’ footsteps.