G4S clears a path to safety in South Sudan

As organisations collaborate to support peace building and post-conflict development in South Sudan, G4S is identifying and removing explosive remnants of war in the country’s most affected areas, working with communities to understand the risks they pose.

South Sudan has experienced decades of conflict, including the longest civil war in African history. Today, both sides have been demobilised and former defensive positions have been vacated. But the violence continues, with estimates of 400,000 war-related deaths since the country gained independence in 2011.

Whole communities are still exposed to significant danger, even in the more stable parts of the country where men, women and children who were displaced or forced to flee are slowly returning to their homelands.

Abandoned ammunition and explosives are preventing them from repopulating certain areas where they could otherwise be rebuilding their homes and schools, cultivating their land and returning to a sense of normality.

For almost a quarter of a century, G4S ordnance management specialists have successfully delivered clearance and security operations, training and mentoring local people in over 35 countries. So far, this has resulted in the clearance of over 250 million square metres of land.


G4S has held contracts in South Sudan since 2006, with teams delivering humanitarian mine action services in up to 20 locations across the country. As well as ensuring safety through clearing unexploded ordnance, their work is about restoring confidence within the community and about empowering men, women and children to play an active part in driving change.

By clearing explosives and other forms of ordnance left behind from two decades of civil conflict, and by providing mine risk education, G4S helps keep communities and NGO workers safe so local residents can continue rebuilding their lives. 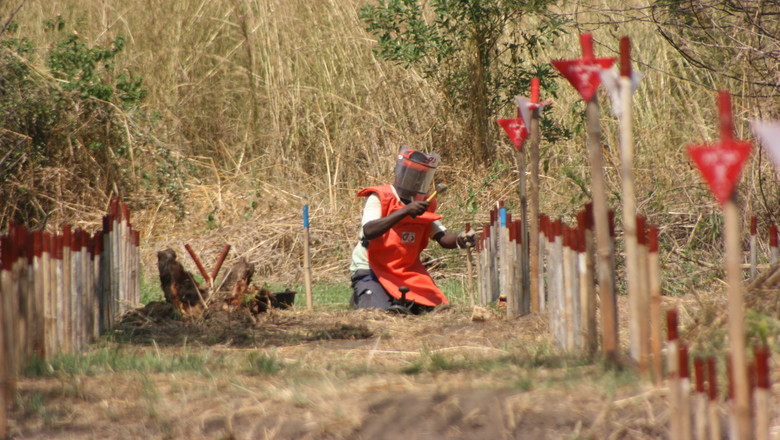 In this way, G4S supports the achievement of the United Nations’ (UN) sustainable development goals, such as economic growth, no poverty, zero hunger, access to quality education, reduced inequalities and especially, peaceful and inclusive societies.

In the town of Kodok, G4S teams completed the removal of explosive hazards and educated the local population about the risks of living in an area which has been targeted with munitions and explosive materials. The resulting transformation was led by local women who are driving socio-economic development; the market is up-and-running again as women are no longer afraid to cultivate the land and return to work. NGOs are also starting to relocate to Kodok, where they can resume normal activity within the women’s centre, providing vital support and guidance to the community.

Local people account for 90 percent of G4S’s workforce in South Sudan, injecting money directly into the community through stable income and provision of healthcare. National staff also receive quality education and training throughout their employment in order to widen their skills.

Access to water throughout South Sudan is a major issue, and most people travel miles on a daily basis to access pond water. But roads leading to water sources are often contaminated by ordnance. So when donors and development agencies head into the countryside to establish fresh water wells, they rely on organisations such as G4S to clear the roads and paths of any risk before they can carry out their work.

Local communities want children to return to school, to gain knowledge and skills that will later help the community develop and escape from poverty. In Adong, a small village in the south of Malakal, the UN’s World Food Programme was able to renovate a local school that teachers and children had been too afraid to even approach due to the risks posed by ordnance contamination. 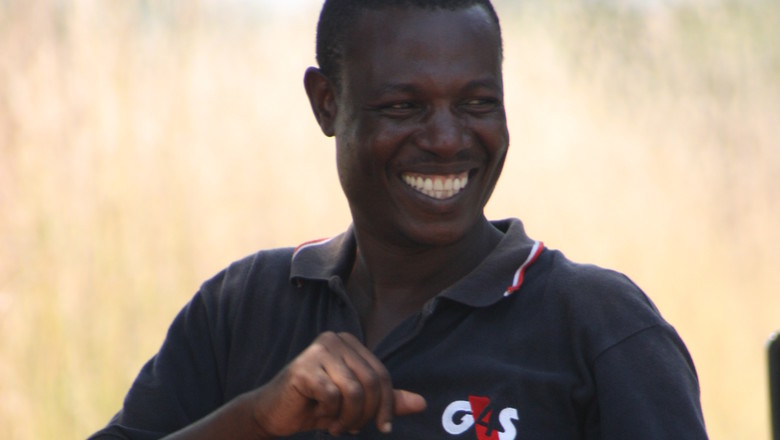 The youngest and the poorest are the most vulnerable to abandoned ammunition and explosives, as many venture into abandoned areas to collect and sell scrap metal to support their families. Daily tasks such as farming, fetching water or collecting firewood may also present a threat if they are not correctly informed of the risks.

It is for this reason that G4S offers risk education to men and women of all ages to teach crucial and life-saving information. With in-depth knowledge of local communities and cultural protocols, G4S’s Community Liaison Officers can adapt messages, and build strong relationships with local authorities to gain maximum attendance during the sessions.

This same risk awareness has played a key part in the reintegration of child soldiers into civilian life. In the village of Pibor, providing 81 former child soldiers with an alternative to military life was a key priority for the UN, in close collaboration with UNICEF and Veterinaires Sans Frontieres - Germany.

But an educational gap was identified by the G4S team based in the village, which was filled by providing mine risk education sessions within the local school. While it is a common assumption that former child soldiers are equipped with the necessary knowledge on various forms of ammunition and their related risks, this isn’t necessarily true.

“When we were in the bush, not all of us were fighters. Many of us were porters, cooks and bodyguards with no knowledge of how dangerous explosive ordnance is."

Today, international communities and organisations of all sizes continue to make progress in restoring vulnerable areas and bringing new opportunities to South Sudan. With the confidence that parameters have been secured around their homes, schools, community centres and places of work, and by gaining knowledge that could save lives in the future, communities across South Sudan are slowly returning to a sense of stability.

G4S teams will continue to carry out work in South Sudan, while providing support to further operations in other parts of Africa and the Middle-East.