Security in the Transport Sector

A transportation organisation improved the security of its operations while dramatically decreasing cost after G4S stepped in with a unique security solution. 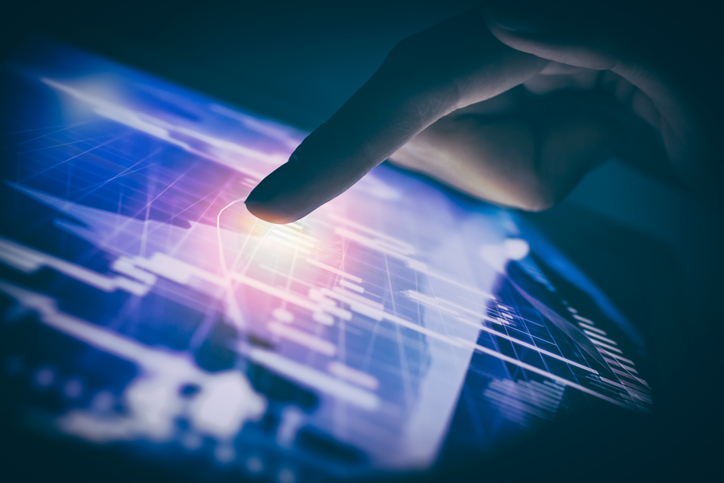 A provider of transport for both passengers and freight has many commendable initiatives, including the operation of its activities using 100% renewable energy sources.

However, even highly successful organisations can run into difficulties when it comes to securing their properties and assets. The security challenges faced by this transport organisation were primarily
financially damaging. The key pain points to overcome were the following:

The overarching theme to the challenges faced by this transport organisation was a rapidly growing expense sheet due to the poor security in place at the time. With these challenges in mind, the company sought a partnership with G4S to devise a strategy.

Before G4S got involved, the costs of running the security programme at this transport organisation were quickly becoming expensive. The first objective, therefore, was to reduce the customer’s overall security expenses on two fronts.

Cleaning and upkeep costs were to be reduced by eliminating the vandalism and vehicle damage problem.
Costs of the overall security solution needed to be reduced in comparison to the existing cost of manned guarding activities.

Having defined goals such as these is a critical component to strategising a well-structured plan, which is precisely what G4S would set out to do in the proceeding weeks.

After analysing the customers needs, G4S decided the optimal choice of reducing vandalism-related expenses, while simultaneously minimising the cost of the security solution itself, was to implement a
combination of manned guarding and technology.

To ensure the goals of expense reduction would be met, G4S worked on a cost-saving calculation to present to the customer. This calculation compared the expense of the planned G4S integrated security solution to the cost of the transport organisations existing manned guarding, coupled with the costs of cleaning and repairing damages. The calculation positively proved the concept.

The first solution that G4S implemented was the G4S Full Protection 360-degree mobile surveillance solution. This system is best for open areas, such as the different outdoor storage sides operated by the transportation organisation, which must be closely monitored at night.

The Full Protection 360 surveillance solution connects to the customers security center, where the sites can be monitored by trained security professionals. This would play a key role in preventing the costly vandalism that had been taking place and would reduce the expense of manned guards. Though the personnel expense was reduced, manned guarding was still a necessity on a smaller
scale. G4S provided the manned guarding and leveraged the G4S Academy for security training, particularly around risk assessments.

The loudspeaker intervention was the key to deter vandalism, which was made possible by the technology solution provided via Full Protection 360. This system proved to cover more area than manned guarding alone, and it did so at a lower cost.

These results satisfied the customers requirements and directly solved the pain points they struggled with in their previous security programme. As such, the project was an overwhelming success for both companies and opened the door for a long term partnership. 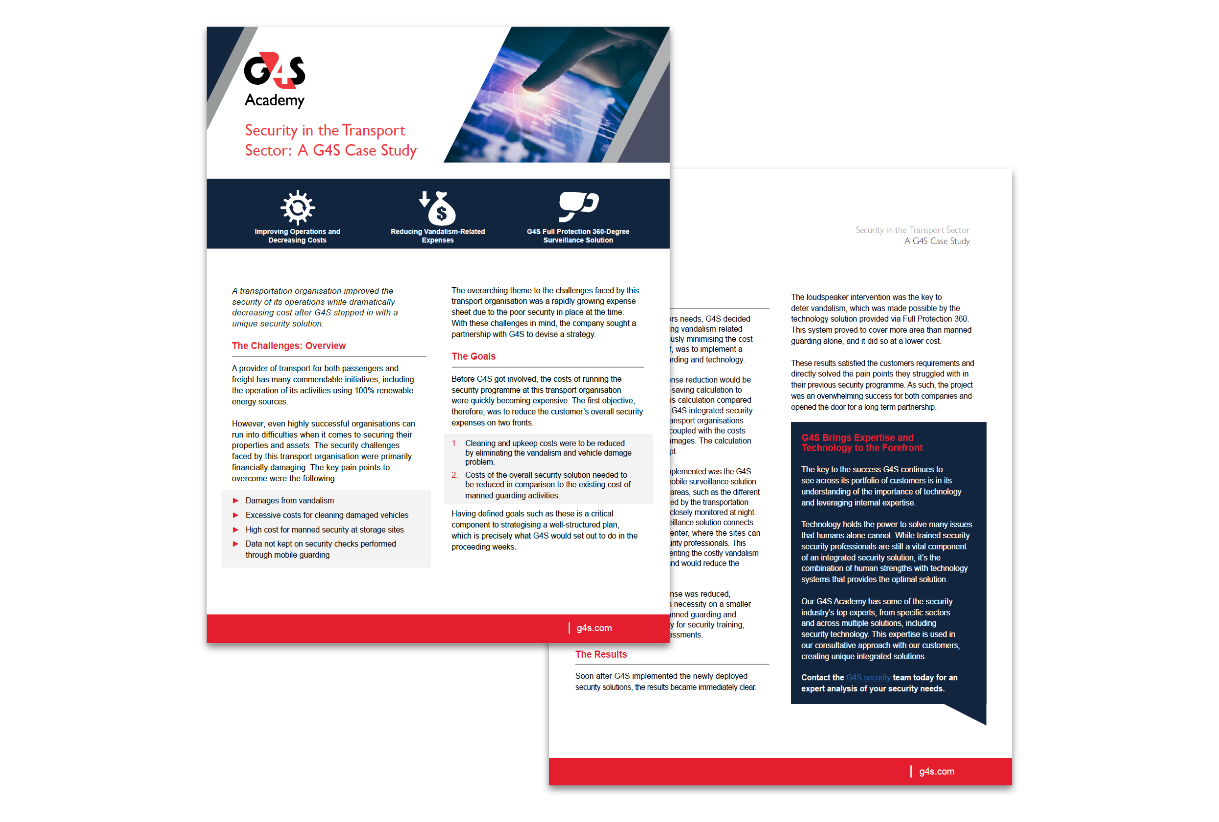