The crisis in Yemen - a view from G4S 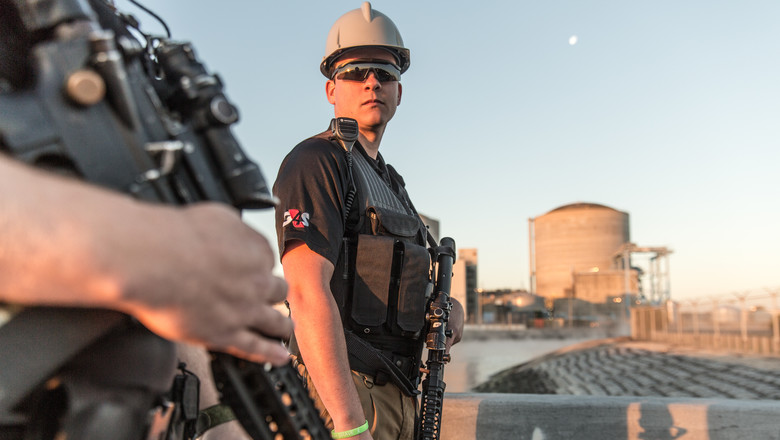 The light in Yemen is fading rapidly.  Municipal water supplies have already stopped and within days it is anticipated that the domestic generators providing much of the power will run out of fuel as supplies dry up.  As the lights dim so the telecommunications infrastructure will fail and our visibility on the perils facing Yemen will become partial at best.

What we know of the current situation is that President Abdurabbu Mansour Hadi has fled to Saudi Arabia and much of his government has been forced to decamp to the second city of Aden, after the capital Sana’a fell under the control of northern Houthi militias. British and American special forces fighting the ‘war on terror’ withdrew over a month ago and Saudi coalition air strikes are now hitting Houthi positions in the capital and southern regions on a daily basis.

With the fighting between warring factions in Yemen showing no sign of abating, the UN Security Council met behind closed doors last week to try to relaunch peace talks amid growing concerns for regional stability.

In April the Pentagon deployed a US navy fleet off the coast of Yemen that forced a nine-ship Iranian naval convoy, allegedly carrying weapons bound for Shiite Houthi rebels in northern Yemen, to turn back, while last week Iran reportedly forced a US-owned Maersk container ship in the Strait Of Hormuz into one of its ports for ‘inspection’. These incidents together impact the two gateways for UAE, Qatari and Bahraini oil into the West.

On the ground, many foreign firms have withdrawn their staff or suspended operations in recent months, while foreign embassies have followed suit.  Yemen LNG, the country’s largest producer of Liquefied Natural Gas, halted production in late April.

Against this backdrop, Al-Qaeda in the Arabian Peninsula (AQAP) is also asserting itself as it seeks to capitalise on the disorder by seizing control of parts of Mukalla, including its port and airport. It has met with little-to-no resistance from the military personnel deployed to protect the city and with conflicts emerging on multiple fronts and no single force strong enough to unite the fracturing security forces, it will become steadily more difficult to oust AQAP from seized territory as the army did with US support in 2012.

Completing the maelstrom, ISIS declared a Caliphate in an online video last week. The group, calling itself Soldiers of the Caliphate in Yemen, claimed responsibility for a number of suicide bombings last month and just days ago threatened to ‘cut the throats’ of the Shiite Houthis forces.

There is limited evidence of direct Iranian support for the Houthi rebels, but the Saudi coalition’s role in the conflict and the use of arms drops and weapons deliveries is likely to prolong the war and deepen the humanitarian crisis. With little prospect for a peaceful resolution, the possibility of total state collapse in Yemen will only accelerate the risk of a wider regional conflict.

The crisis is only set to worsen, exacerbated by the Saudi-led airstrikes that are targeting Sana’a International Airport’s runway and hampering deliveries of vital aid.  Oxfam reports that at least 120,000 people have been displaced due to the fighting, with 18 out of 22 governorates affected, particularly the Sa’ada and Hajjah provinces. The new displacement figures are in addition to the 300,000 people who were internally-displaced prior to the Saudi-led aerial campaign, with many having to flee for a second time.

Following a warning to the Yemeni government last week that without fuel their networks will fail, yesterday [Monday] the major telecommunications companies announced that the internet is to be switched off, threatening to further obscure the situation. Officials have pledged to respond, though how the government will supply fuel to a capital city controlled by rebel forces is as yet an unanswered question.

Although the origins of the conflict in Yemen bear little resemblance to those in Syria, the role of proxy combatants in the shape of Iran and Saudi Arabia, the re-emergence of Al-Qaeda in the Arabian Peninsula and the growing displacement of large numbers of people will inevitably invite comparisons with a war that has torn Syria apart over the past four years.  The prospects in Yemen  are similarly stark, as stuttering peace talks look unlikely to appease all parties, especially as the Houthis are likely to object to the reinstatement of Hadi as president.

With no end to the crisis in sight, the future for Yemen and its people is an uncertain one, with hope seemingly fading along with the provision of electricity. But the situation in Yemen is one that should worry all of us concerned about the stability of the Middle East.