A manufacturing company saw marked improvements in the security of it’s high risk products in transit and was able to eliminate competing against itself through the implementation of a bespoke solution designed to meet the customers strategic requirements. Here’s how G4S played a significant role in these achievements. 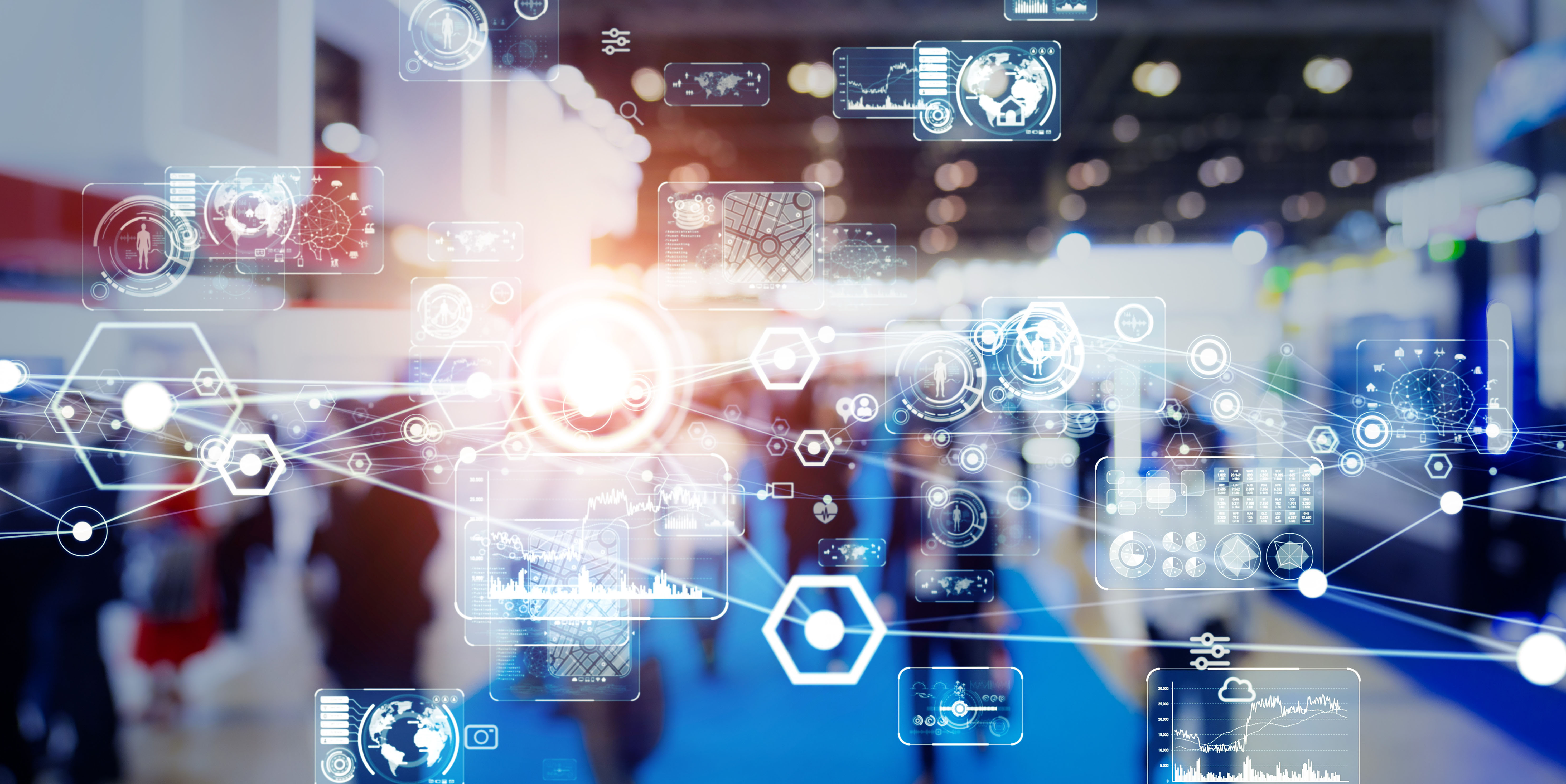 This customer is a manufacturer serving several countries around the world. Despite the overwhelming success it has had, there were serious security issues at one of its facilities located in Africa that needed to be addressed at its operation.

While the business losses are not to be taken lightly, the far more pressing matter was the lives regrettably being lost due to ineffective solutions being provided by the incumbent. The customer knew it had to make significant changes to its security solution. G4S was brought into the fold to design and implement a more effective solution that sought to achieve the customers strategic needs.

The customer and G4S came together with a set of goals to resolve the issues that existed in the old security programme. These goals were to:

The most pressing matter was improving the operations safety to stop lives from being lost and significantly reducing all security incidents. With the extreme nature of the incidents occurring, it was clear from day one that the primary goal should be a tactical operation that is supported by monitored technology on a real time basis, coupled with supporting the logistical operation with intelligence.

The secondary goal was to reduce operational costs by preventing business losses. With these goals in mind, G4S set out with urgency to devise a strategy.

G4S decided the integrated security solution had to include a strategic but tactical operation, complete with armoured vehicles and trained security professionals. This would need to be supported by the National Control Room who assumes the role of Command and Control along with complete oversight of the operation.

This team would provide the strength of security needed for the unique situation this customer was facing. In total, 126 armoured vehicles were deployed along with 252 tactically trained security professionals supported by a team of Control Room Operators monitoring all the installed technology. Furthermore, the G4S Risk 360 platform was put into action. This system would provide an easy-to-use security management dashboard, where occurrence reports, videos, photos, and intruder sensor alerts would all be gathered.

It additionally provides real time risk information that could be used to route the operation around high risk areas and provide intelligence that supported the daily operation. By analysing the data gathered by G4S Risk 360, the solution would be able to identify the areas that would provide the greatest risks whilst supporting the customers goal to deliver their products on time and in full. With the data analytics in hand, the armoured vehicles and security professionals would be deployed in the areas of high risk in an effort to stop threats before they begin and intervene when a threat occurs.

With the plan in place, G4S was able to complete the new integrated security system deployment on January 1, 2019. This was an impressive five weeks after being awarded the contract, and included all 126 vehicles being equipped with B6 armouring, dual tracking systems with the ability to remotely immobilise the customer’s vehicles. The timeline is critical to note here, as the lives being lost on the operation elevated the urgency of completing this particular project.

The project was a massive success in terms of meeting each of the defined goals. Due to the G4S Risk 360 platform, security risks were proactively identified and the security professionals were strategically put in place to cover the activity hotspots and utilising the technology deployed, we are able to identify suspects and conduct a link analsysis to the syndicates being operated. G4S also deployed facial recognition experts into the operation who, using the solution, were able to identify suspects in the different operation but also assist the prosecution team in achieving more convictions.

The solution has worked remarkably, with a significant reduction in incidents and has saved lives by preventing many injuries in the daily operation. The reduction in successful incidents where losses occur, has also supported the customers goal whereby it stops competing against itself. This accomplished the goal of improving the company’s bottom line, which was further aided by a reduction in operating costs. 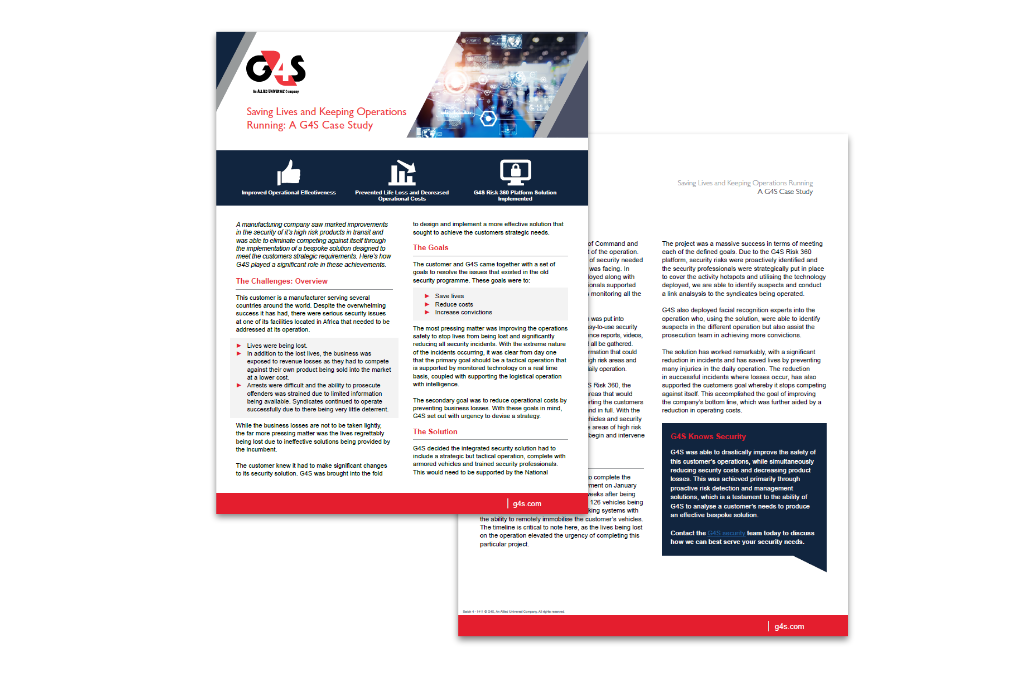