One of the most renowned museums in the world needed to save costs on a fire safety system to protect its priceless works of art. G4S stepped up to the challenge with a creative solution. 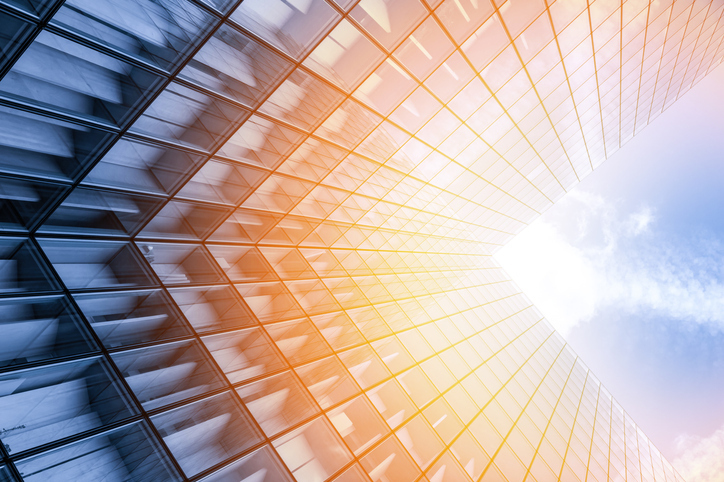 This museum holds a lot of cultural and financial value, housing modern art and pieces that date back to the Middle Ages.

The museum, however, had a significant security concern on its hands that could destroy its timeless artwork. The ceiling on the top floor was weak, and insurers and building authorities pointed out that this ceiling would collapse if a fire broke out in the attic, destroying the artwork below.

One solution that was presented involved installing an extinguishing system in the attic. However, this solution added a lot of complexity and was very expensive to install. In search of an alternative solution, the museum reached out to G4S to see what the team could come up with.

In the case of this museum, the goals were very well defined and understood. G4S could realistically reduce these goals to two primary and intertwined objectives.

Implement an Early Fire Detection System - The challenge to accomplishing this goal was that the fire would need to be detected before smoke or flames developed.

Reduce Cost Compared to Alternatives - The solution had to be more cost-effective than it would be to install a fire extinguishing system, which had previously been quoted at a high expense.

G4S is primarily known as a provider of integrated security solutions to protect businesses from breakins and theft. However, fire and safety are also within its expertise, so the team quickly began devising an advanced solution to accomplish the museum’s goals within its budget.

As traditional fire detection systems can’t identify a fire before heat or smoke develop, these options were off the table for the museum. After careful consideration, G4S decided on a creative yet practical solution that would allow for signs of a fire to be detected before it’s even visible.

The team would install thermographic cameras in the museum’s attic. These cameras rely on heat rather than visible light to form the video image. With this technology, an area that is even slightly warmer than its surroundings will be easy to detect due to how different heat signatures display. Due to the cameras’ high sensitivity to temperature changes, a fire would be detected before a flame was visible to the naked eye.

With the thermal cameras installed, the remainder of the solution centred on a video management system, server, switch, and training. The cameras would continuously record the attic, and trained personnel would monitor the video to detect any signs of excess heat developing. Readjustment and testing occurred after installation to ensure the heat signature of an early-stage fire was easy to recognise and the camera calibration was accurate.

The unique fire detection system implemented was a huge success. The cameras operated precisely as intended, accomplishing the goal of protecting the museum’s artwork by detecting even the earliest signs of increased excessive heat. This safeguards the artwork, but it also protects anyone visiting the museum to view its exhibitions.

Not only did the cameras prove to be an effective solution, but G4S was able to provide its systems for a far lower cost than an installed fire extinguishing system.

This satisfied the customer’s need to keep expenses to a minimum while still adequately protecting its art, thus resolving both of the goals with which G4S was tasked. The partnership with the museum started in Q4 2020, initiating the planning and engineering phase. The project was complete by the end of Q4 2021, with construction, training, testing, and hardware readjustment accomplished within one year. 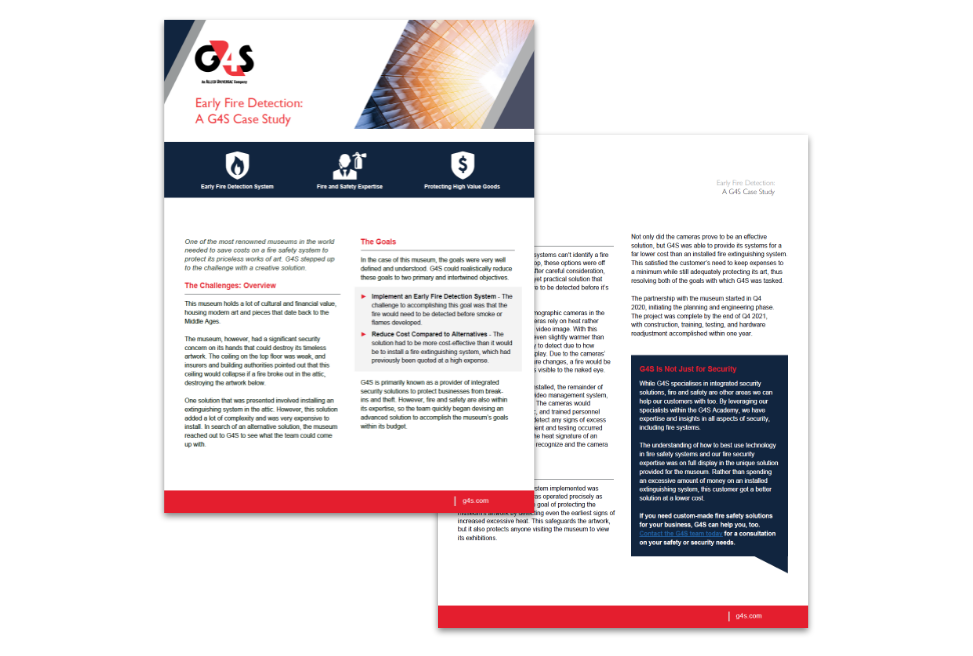